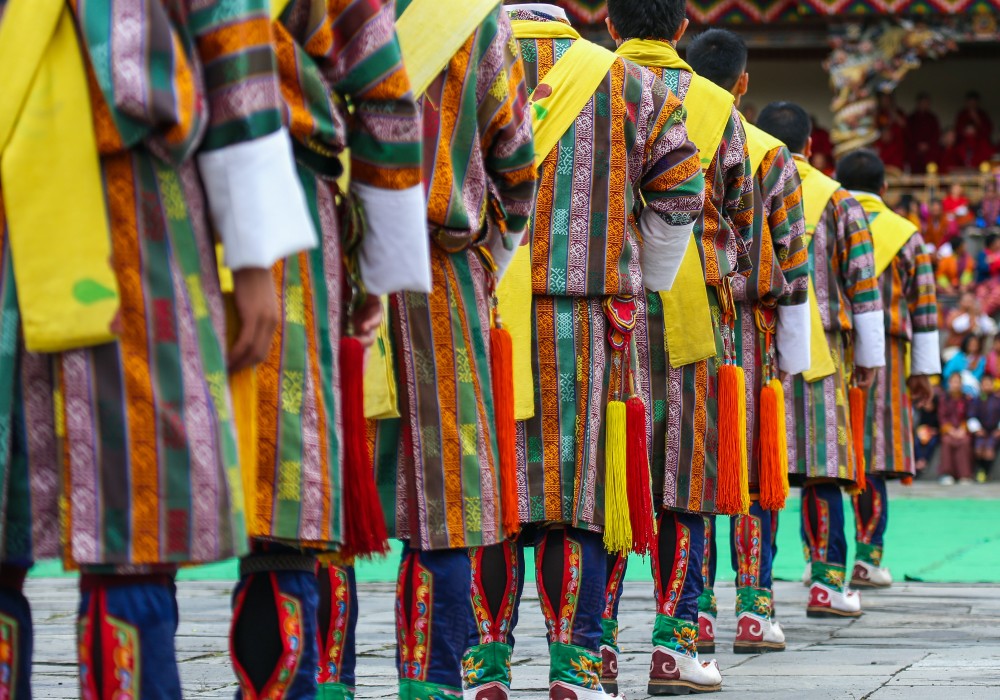 While Bhutan is one of the smallest countries in the world, the diversity and richness of its culture is profound.

The cultural authenticity of Bhutan stems from its long period of uninterrupted isolation from the rest of the world. During this time, people in Bhutan learned to adapt to the environment and fed on what nature provided. Here are just some examples of what makes Bhutan so unique:

The influence of Buddhism is rooted deep in the Bhutanese culture inspiring some to pursue enlightenment; while for others it serves as a disciplinary remedy instilling a sense of moral conscience. However, all Bhutanese live by their religious values and respect their gods and deities a lot. Hence, there is a vast number of monasteries, chortens, lhakhangs etc in the country.

People in Bhutan have a traditional dress code. To preserve this unique culture and tradition, the dresses are worn during business hours, while visiting institutions and schools. Men wear the Gho, a knee-length robe.similar to a kimono that is tied at the waist by a traditional belt known as Kera. The pouch which forms at the front traditionally was used for carrying food bowls and a small dagger. Women wear the Kira, a long, ankle-length dress accompanied by a light outer jacket known as a Tego with an inner layer known as a Wonju.

Dzongkha is the national language. It roughly translates to the official language used by the officials in the Dzongs (fortresses). It is taught as a mandatory subject in schools and the National Parliament proceedings are held in Dzongkha.

A visit to the countryside offers an authentic experience of the Bhutanese culture as virtually every village has its own unique festival. Festivals, animism inspired rituals and celebrations are an ideal time to experience the local culture. Celebrations usually involve food, alcohol and folk dances. Caught in the middle of this experience, an outsider would truly feel that he or she has arrived in a new world.

The Bhutanese follow a highly refined system of etiquette, which is called “driglam namzha.” This traditional code of conduct supports respect for authority, devotion to the institution of marriage and family, and dedication to civic duty. It governs many different sorts of behaviour, including how to send and receive gifts, how to speak to those in authority, how to serve and eat food at public occasions, and how to dress. 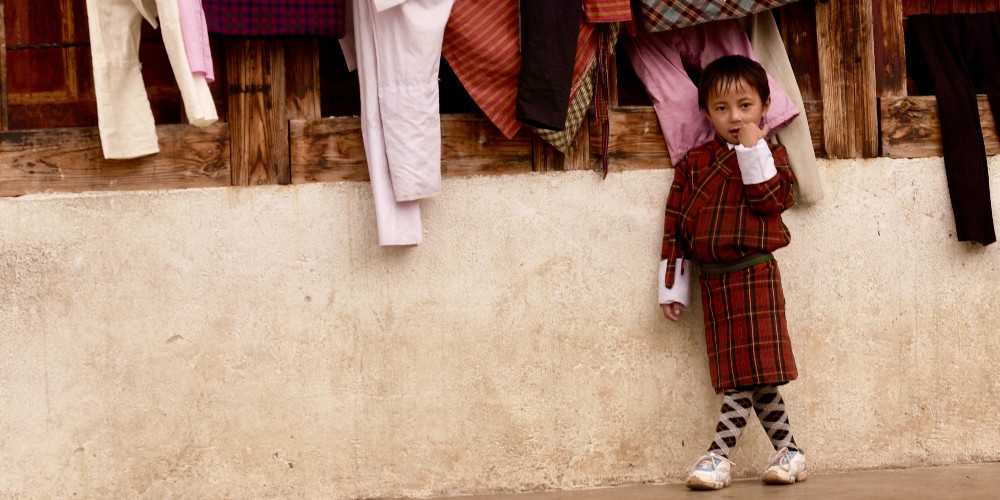