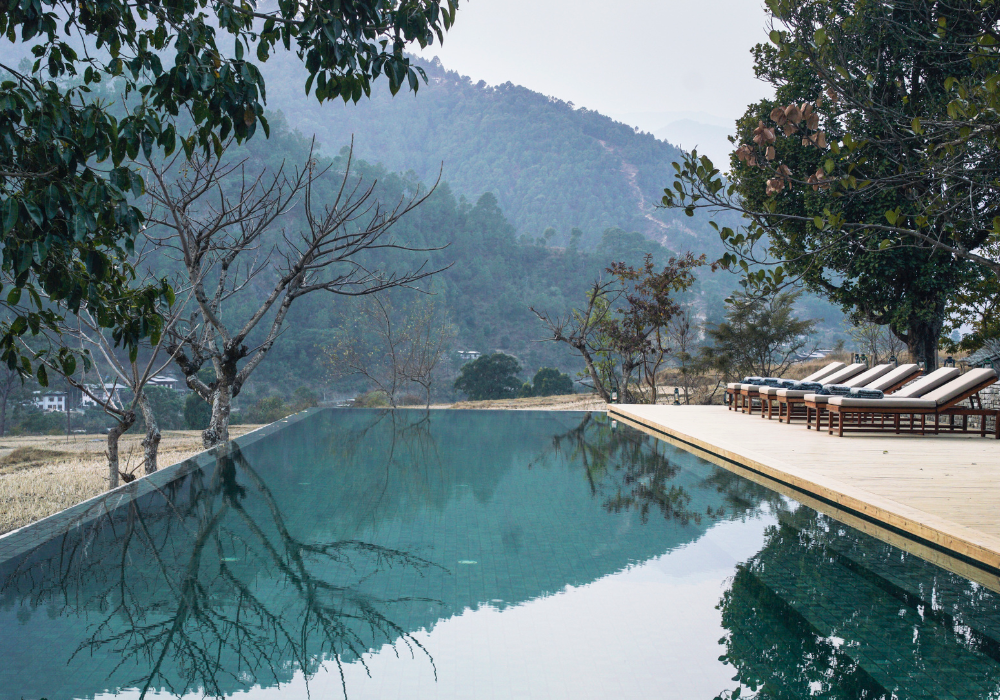 Amankora’s Lodges – five simple, elegant sanctuaries spread across pristine valleys – are as tranquil and out of time as the kingdom they are part of. This month we’re highlighting Punakha Lodge, Amankora…

Located in a subtropical valley that produces most of the nation’s vegetables, the area is where the Bhutanese royals spend their winters.

Eight of the suites are set in rammed earth buildings and contrast rustic elements with contemporary design. All have views across an orange orchard and rice terraces.  The four Mo Chhu Suites are situated in a new building, and two feature separate 40m2 living areas. The suites can be combined to offer two 2-bedroom units. All accommodations offer king-size beds, traditional wood-burning stones and banquette window-seats, while bathrooms feature terrazzo-clad bathtubs, twin vanities and a separate shower and toilet. 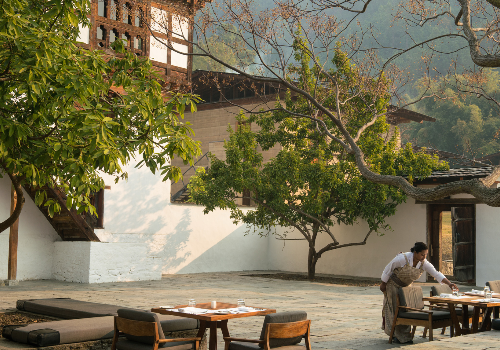 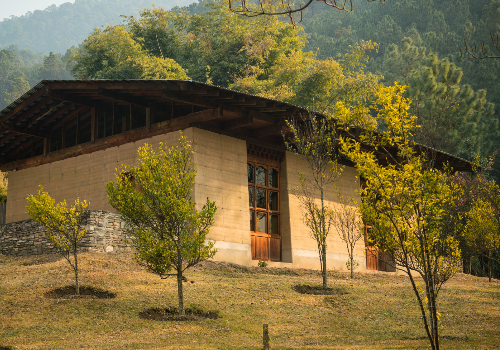 Visit the beautiful 17th-century Punakha Dzong, and the 15th-century ‘fertility temple’ Chime Lhakhang. Visit the morning market with the chef and take part in a Bhutanese cooking class at the lodge. 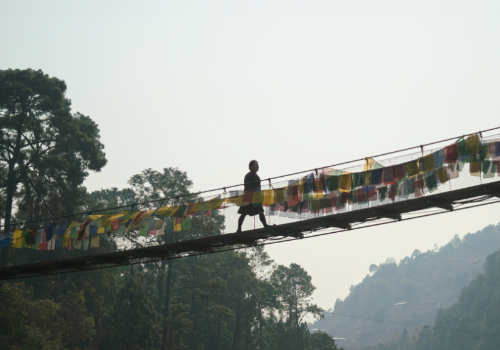