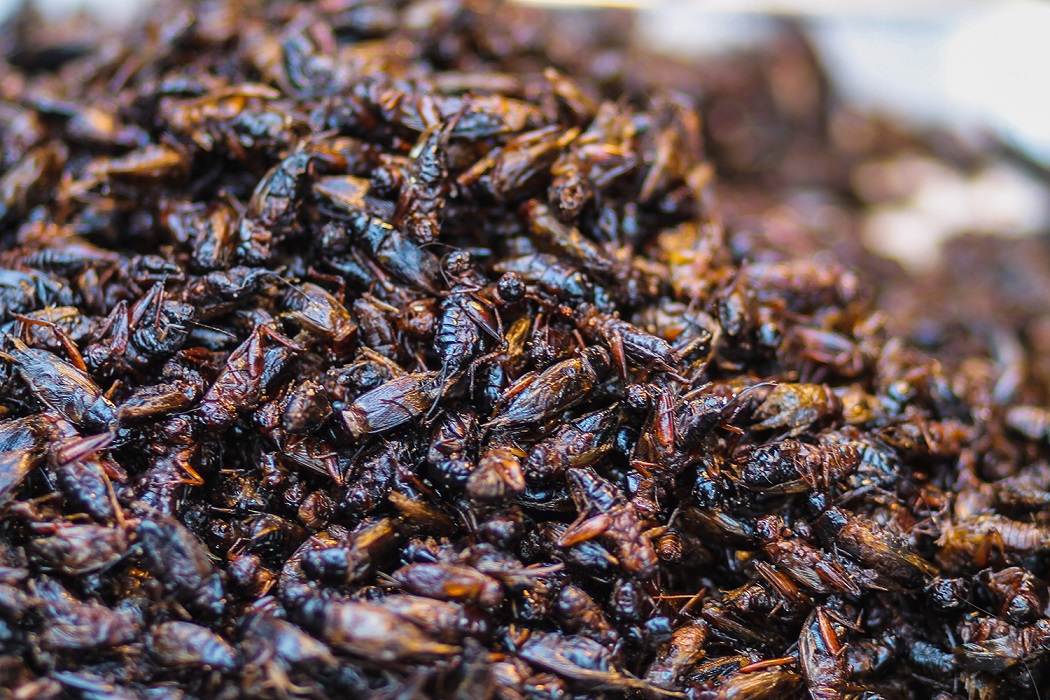 Don’t worry, we’re not after the macaque. We just thought he was cute!

What do you think Japanese people normally eat at home? Sushi? Tempura? Wagyu Beef? These are available everywhere in Japan, but there are many kinds of dishes which are eaten at only certain places in the country.

The Chubu region, located in the centre of Japan’s main island, is home to nine prefectures. One of the most surprising traditional Chubu foods is inago no tsukudani, a type of grasshopper that has been stewed in sweetened soy sauce! Particularly in Nagano, grasshoppers were a vital nutritional supplement in ancient times – they actually contain high amounts of protein, vitamins and minerals. Inago no tsukudani have a distinctly crunchy texture and sweetly rich flavour. While eating grasshopper is no longer as commonplace as it used to be, it’s still considered a delicacy in this area and should be tried at least once!