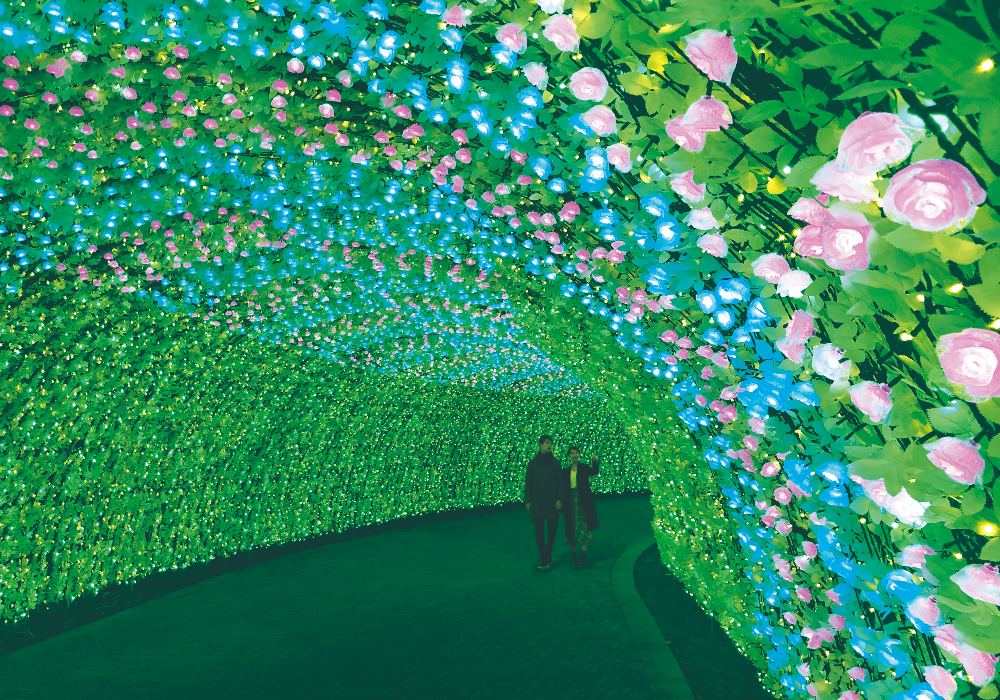 For several months during the winter, magical light tunnels, animated light shows and millions of LED lights immerse Nabana no Sato into an endless sea of twinkling lights.

Nabana no Sato is a theme park dedicated to flowers, greenery and hot springs in Kuwana. People from all around the world come to see the large variety of flowers and vegetation. However the park attracts most visitors during winter when one of Japan’s biggest illumination events turns the entire park into a magical winter wonderland.

There are seven different illuminated installations with over eight million LED lights. Some of the highlights include the river of blue lights, the tunnel of light, the illuminated metaphorical sea of clouds, and the twin trees.

The light illuminations run from mid-October all the way until the first week of May. 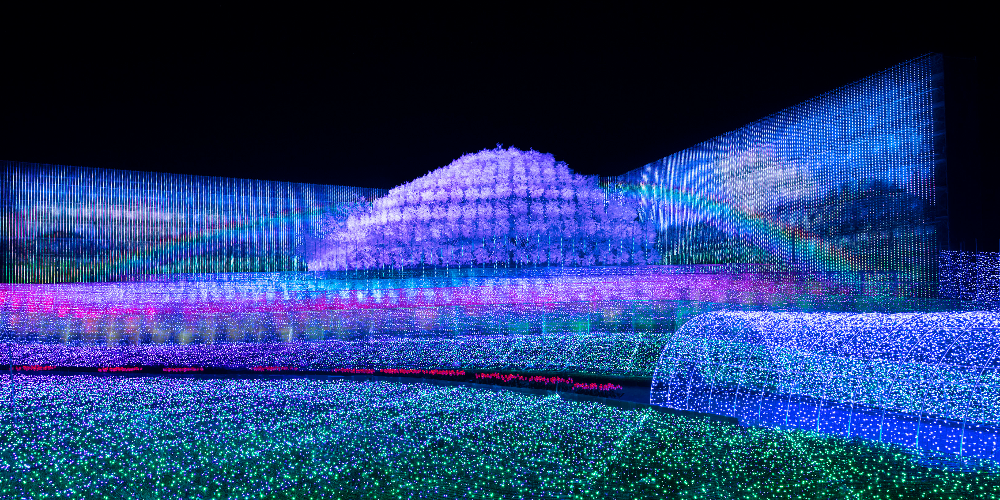