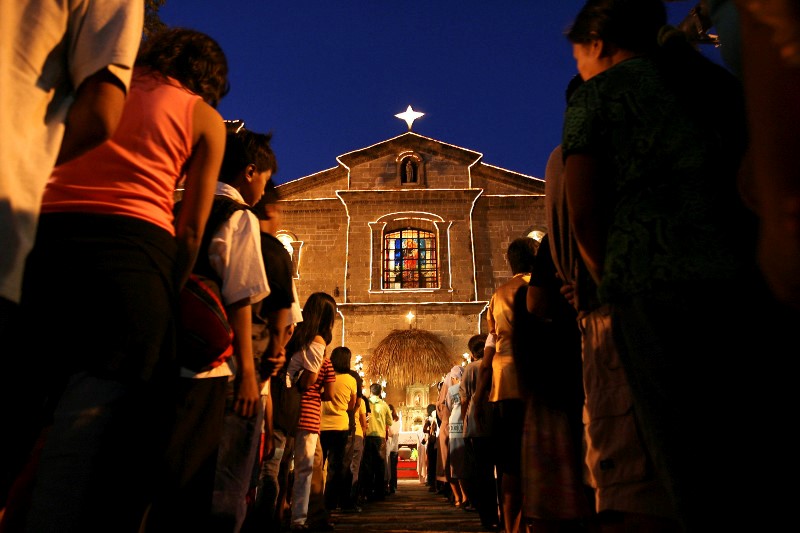 The Philippines are known to have the longest Christmas season in the world!

The revelries begin as early as September where colourful Christmas decorations adorn the lobby and hallways of malls, hotels and entertainment establishments, and Christmas carols permeate the airwaves. Above all, it is a celebration that brings families together with midnight masses, late evening feasts and gift-giving.

What makes Christmas in the Philippines so unique from the rest of the world?

First of all, the Christmas season starts really early, with the beginning of September, when radio stations start playing Christmas songs. It is during this time that Filipinos start decorating their houses with different Christmas ornaments which usually stay until after the Feast of the Epiphany in January of the following year.

Secondly, the Giant Lantern Festival of San Fernando (Pampanga) is one of the grandest festivals celebrated in Central Luzon. During this festival, the once simple lantern made of bamboo and papel de hapon (Japanese paper) glued with rice paste has evolved into spectacular shapes and a kaleidoscope of dancing lights in meticulously detailed designs. The lantern was used to light the way to the church when no electricity was available. Today, the iconic lantern symbolises the Filipino Christmas spirit, an expression of shared faith, hope and positive outlook signifying that light has triumphed over darkness.

Dawn Masses are important as well, locally known as Misa de Gallo, which means “Mass of the Rooster”. The tradition was introduced by Spanish friars in the 17th century. The masses officially start on December 16, with a nine-day series of Masses culminating on December 24. Filipinos usually associate the experience with cold mornings, snacks, hot chocolate and “puto bungbong” or “bibingka” (rice cakes) after the Mass.

During the Spanish colonial rule, Spanish carols (“villancinco”) were initially only done during Mass but soon found their way into the streets. Kids and adults alike go door to door, belting out Christmas carols singing acapella or to the accompaniment of a guitar, tambourine or any improvised musical instrument.

There is also a tradition called “Aguinaldo”: on Christmas day little kids wear their new clothes and shoes to visit relatives and godparents to pay respect with the tradition of “pagmamano”, an honoring-gesture performed as a sign of respect to elders, and as a way of requesting their blessing. Similar to hand-kissing, the greeter, while bowing his head, takes the hand of the elderly person and presses it towards his forehead. Children are often rewarded with presents or money or what is traditionally referred to as “aguinaldo”.

Last but not least, Filipinos love to eat and good food is a must on the table during any celebration, but especially during the Noche Buena, literally translated into “good night” in Spanish. For Filipinos, Noche Buena is the night, and the feast, before Christmas Day. 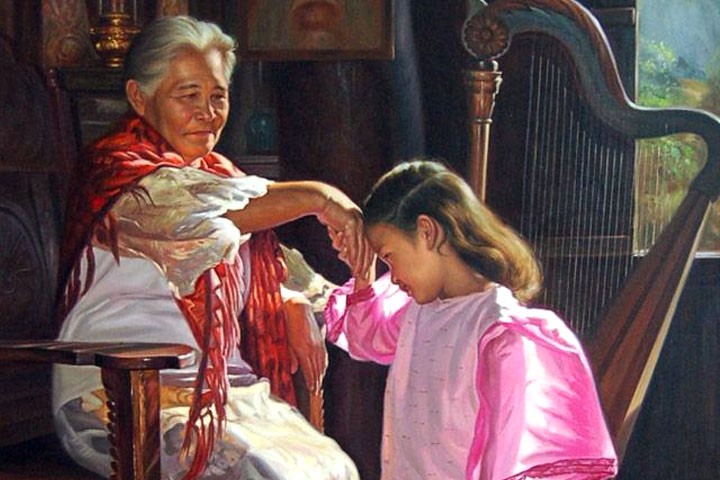