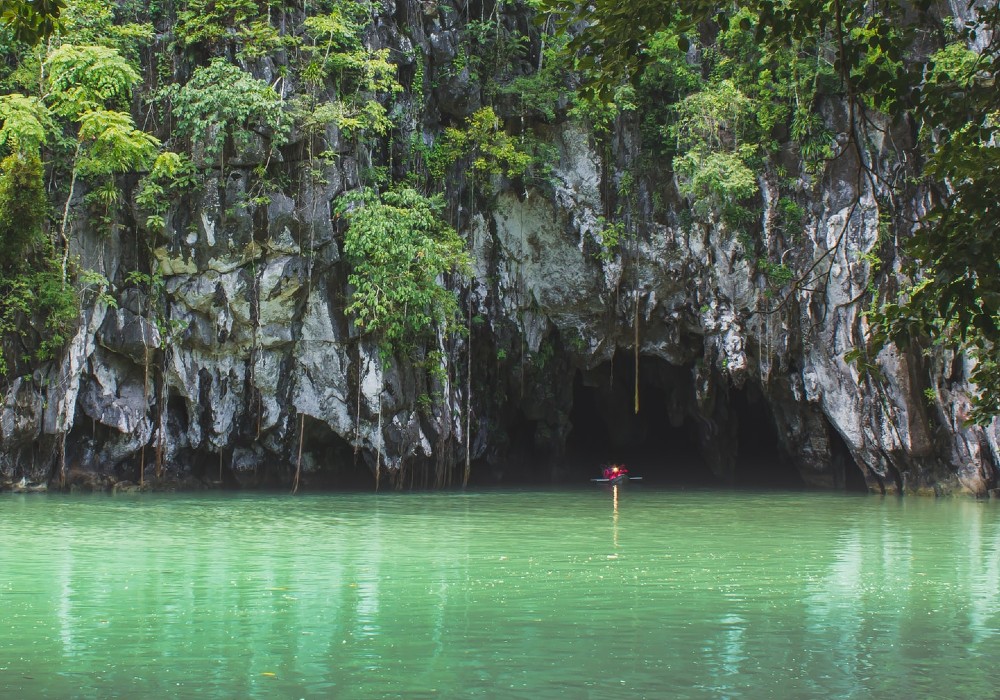 The island province of Palawan is known for its natural beauty.

The northern tip of the island in particular is popular among locals and visitors due to its fabulous white sand beaches, turquoise waters, coral reefs and impressive limestone rock formations.

Puerto Princesa is the getaway for visiting the Subterranean River National Park, which has been a UNESCO heritage site since 1999. It is the longest underground river system that is accessible to mankind and has been named one of the new seven wonders of nature. The crystalline waters flow within a deep cavern under rugged limestone cliffs.

Join us on an underground river tour! A two-hour drive from Puerto Princesa brings you to Sabang, where you board a boat to St. Paul’s Bay. Explore the park’s awe-inspiring underground river on paddled canoes. Admire the dome-shaped, cathedral-like caverns that stretch up to eight kilometres underneath the limestone cliffs. The mystic atmosphere is enhanced by the cries of thousands of bats Enjoy a picnic lunch in a seaside resort in Sabang before returning to Puerto Princesa. 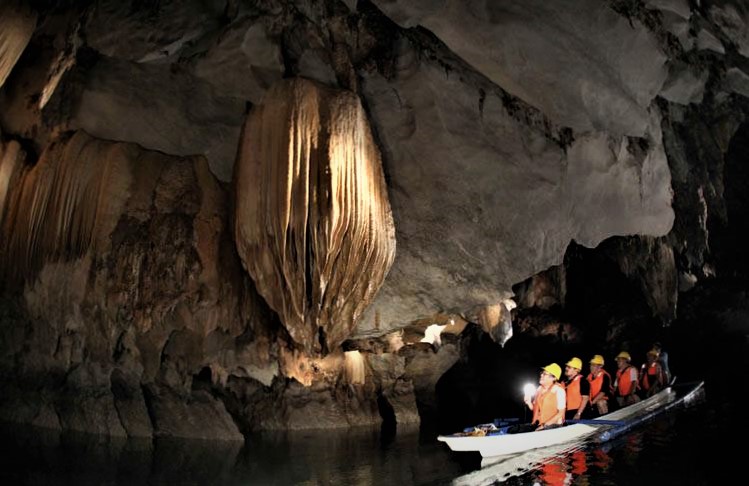