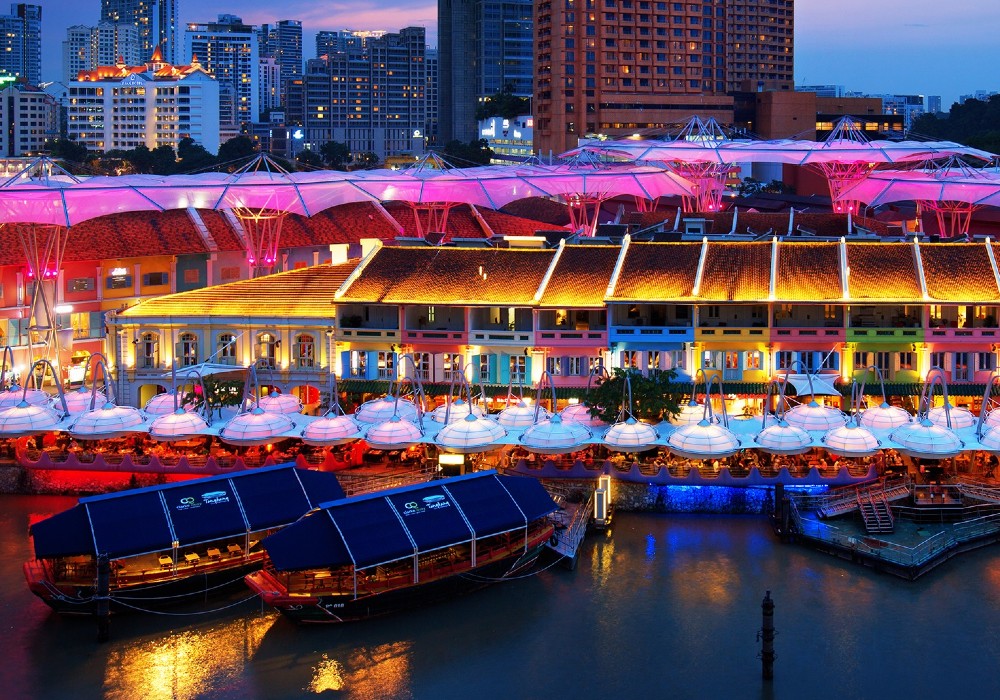 Clarke Quay – where Singapore’s nightlife comes alive – is a historical riverside quay and the centre of trade since Singapore was founded in 1819.

Clarke Quay gets its name after Sir Andrew Clarke, Singapore’s second governor and Governor of the Straits Settlements from 1873 to 1875. It is located near the mouth of the Singapore River. The bumboats or sea-going barges would transport goods upstream to the warehouses at Clarke Quay back in the olden days.

Today, it has been transformed into one of the country’s major tourist hubs, consisting mostly of bars and restaurants refurbished from old warehouses spread over five blocks. Zouk, one of the most popular clubs in Singapore is located in Clarke Quay and has gained tremendous international recognition. The area is just as busy today as it was in the past – but instead of warehouses filled with traders, it is now funky bars and sexy restaurants where Singapore’s residents and tourists flock to.

The best time to visit Clarke Quay is during the night when the whole place comes alive with dazzling lights and a vibrant atmosphere. It’s the ideal place for an evening of waterfront dining and entertainment.

The river taxis depart from here, giving you the chance to admire some of the city’s historic bridges and landmarks along the Singapore River. 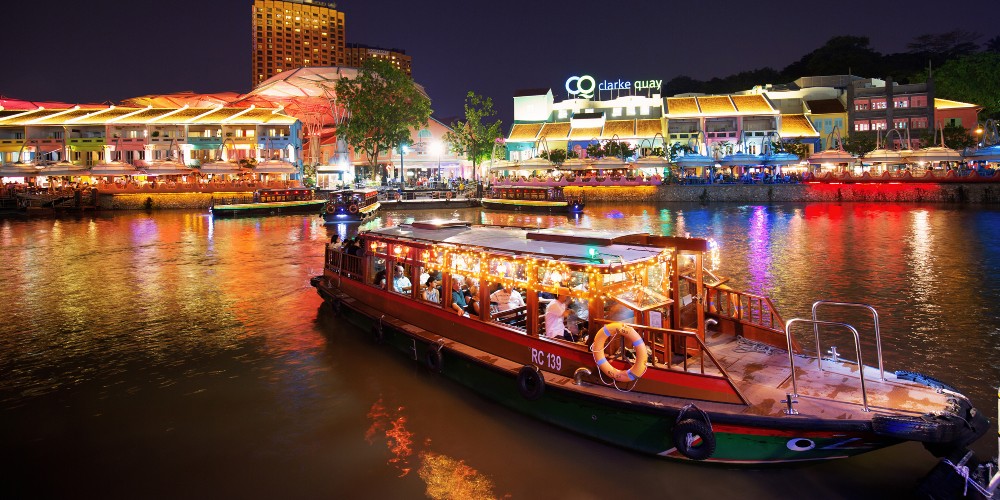