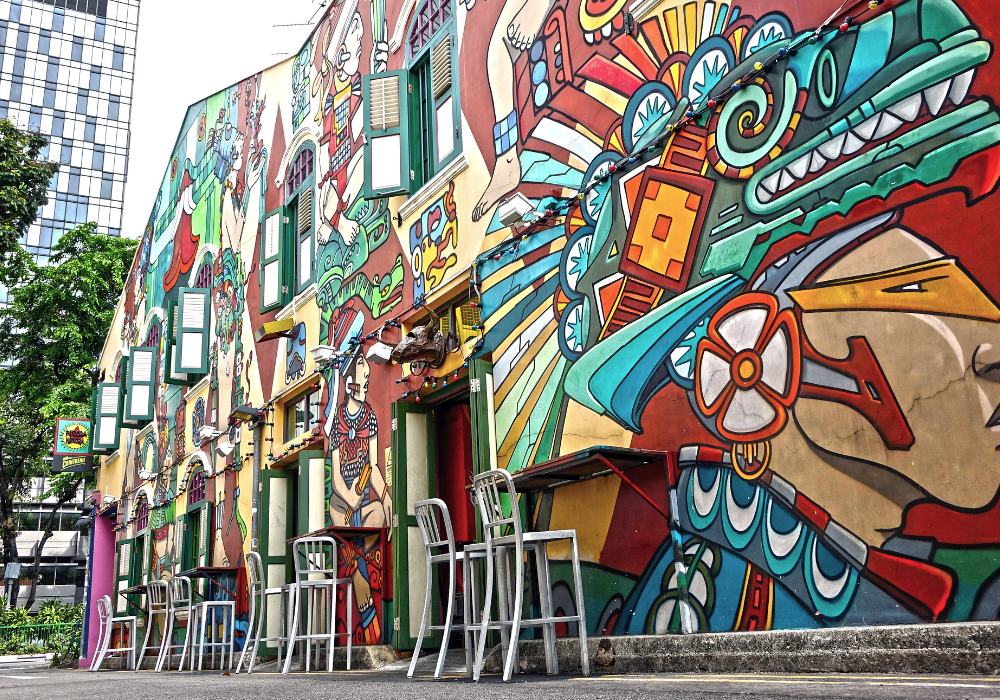 The area was named after the Gelam Tree which grew in abundance in the 1800s. In 1822, Sir Stamford Raffles allocated the area to the Malay, Arab and Bugis communities. The area subsequently became one of the seats of Malay royalty in Singapore.

Foodies will find all sorts of culinary delights here, from local delicacies such as nasi padang (steamed rice served with various dishes) and Malay kueh (bite-sized desserts) to Middle Eastern, Japanese, Swedish and even Mexican fare.

Meanwhile shopaholics should head to Haji Lane for its quaint and quirky shops. Here you can shop for locally made clothes, Persian carpets, traditional dresses and handmade perfumes. It’s also a favourite hangout for Singapore’s cool kids! 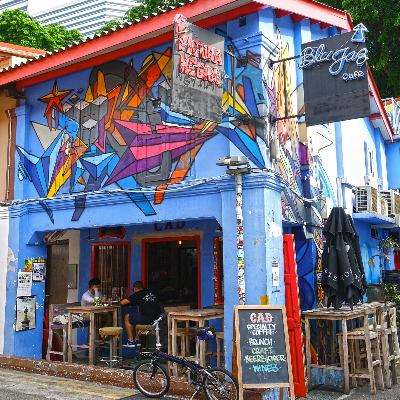 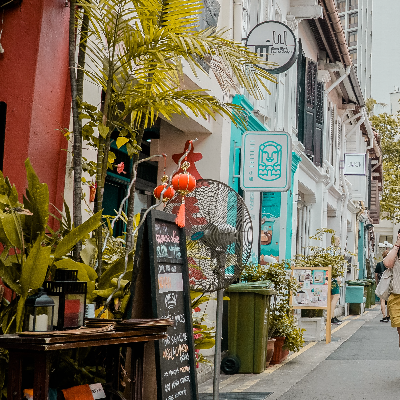 Giant golden domes, an exterior adorned in vibrant shades of orange cream and green, and a prayer hall that can hold up to 5,000 worshippers – Singapore’s Masjid Sultan, also known as the Sultan Mosque, is located in Kampong Glam and should be high up on your list of places to visit.

Built in 1824 for the first sultan of Singapore, Sultan Hussein Shah, this iconic building was declared a national monument in 1975 due to its historical and cultural significance. It’s no wonder the Masjid Sultan became the focal point for Singapore’s Muslim community!

Yet the original mosque was just a single-storey building with a double-tiered roof. It was only in 1924, almost a century later after it was built, that the construction of a new and larger mosque began. It was eventually completed in 1932.

While exploring and snapping some insta-worthy photos around Kampong Glam, take a closer look at the black rim below the two golden domes of the mosque – formed out of hundreds of glass bottles that were donated by devotees as part of the building’s reconstruction. 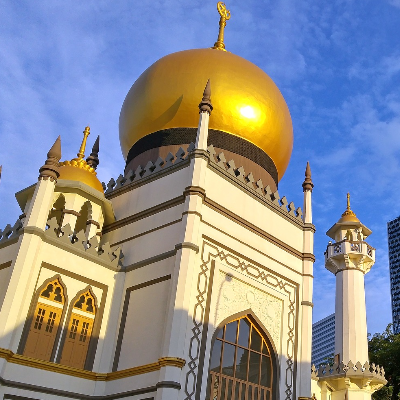 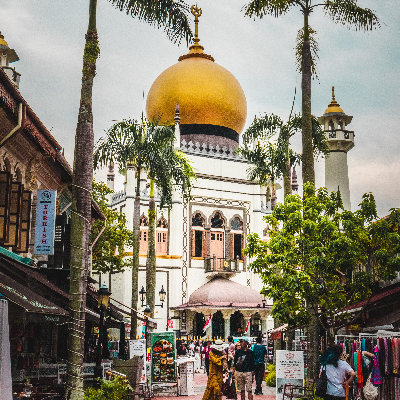