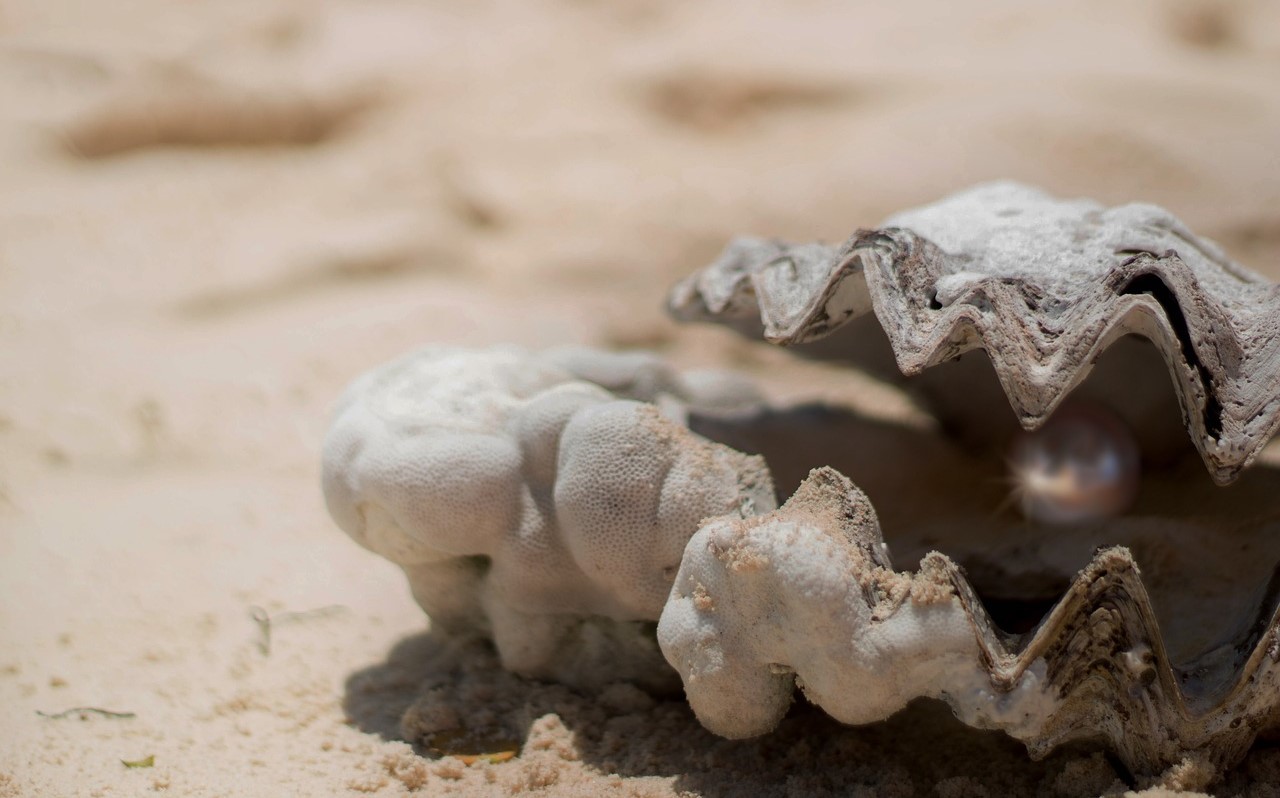 Pearls are probably the oldest pieces of jewellery on earth and grow in a living organism.

Mr. Kriangsak Ung has been cultivating pearl mussels for half a century – and he doesn’t let Covid get him down either. His 10,000 or so mussels lie in long rows in the warm sea off Phuket doing their work infinitely slowly, producing high-quality pearls in all shades of white and cream to pink to silver and champagne.

“A pearl emerges after about two years, and in the case of particularly large specimens, only after four years”, says Ung. He goes on to explain that the shellfish do not necessarily die with it: “A young mussel that is doing well can be used up to three times.”

Ung’s wife, Nuanpit, has been designing and making gems out of pearls for several years. Whether necklaces, pendants, bracelets or earrings – the 58-year-old designs everything that pearl aficionados desire. There is something for every purse – small ear studs are available from 500 Thai Baht. The thickest pearl in the shop, on the other hand, has a stately diameter of 16.2 millimetres and costs 120,000 Baht.

So, how are pearls formed?

When an irritant, such as a worm or a parasite, works its way into a particular species of oyster, mussel or clam, a defense mechanism is activated and the mollusk secretes a fluid to coat the irritant. Layer upon layer of this coating is deposited on the intruder until a lustrous pearl is formed. 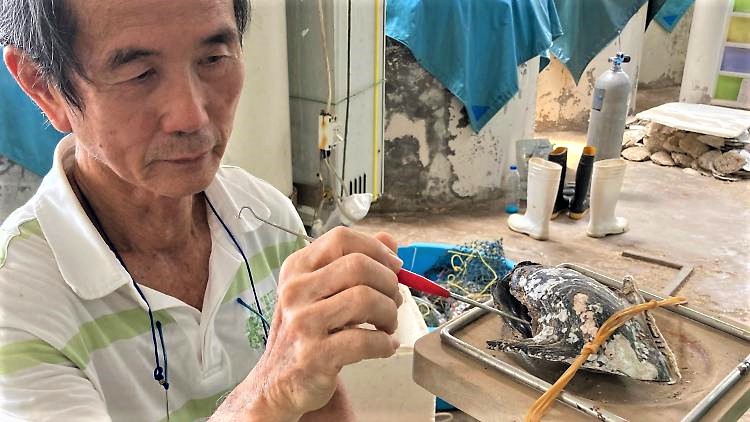