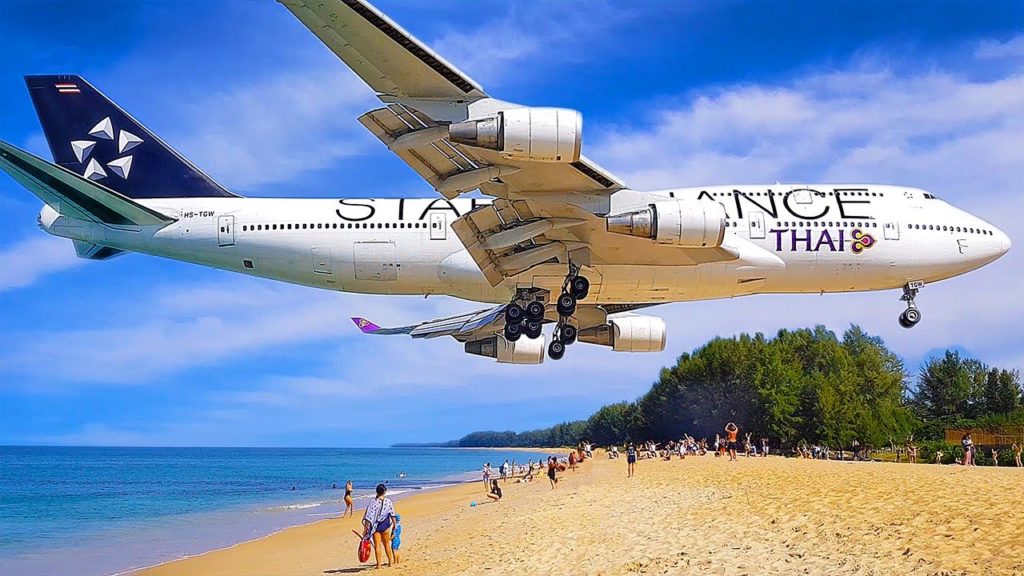 Mai Khao Beach is on the northwest coast of Phuket. As part of the Sirinat National Park, this 11-km-long beach is still relatively undeveloped. The only significant landmarks along the beach are the JW Marriott Phuket Resort and Phuket International Airport near Nai Yang Beach.

The southern end of Mai Khao Beach is a great place for plane spotting. The beach is up to 50 metres wide at low tide, and the turquoise colours of the sea, especially between 10am and 2pm, offer stunning photo opportunities. Every day, many people gather to get their photo taken with a plane.

Now this may sound strange – but there is actually a season to see the planes landing in Phuket – and it’s all to do with the monsoon. As planes must face the wind when they take off and land, you have two plane spotting seasons in Phuket.

During high season (December to April), the wind blows from the northeast toward the southwest, landing directly over the beach. It’s just the opposite in low season, with planes taking off toward the west, so you can see them departing overhead. The best time to see planes landing over the ocean is December to June. Then low season arrives, and the wind suddenly decides to blow the other way around! 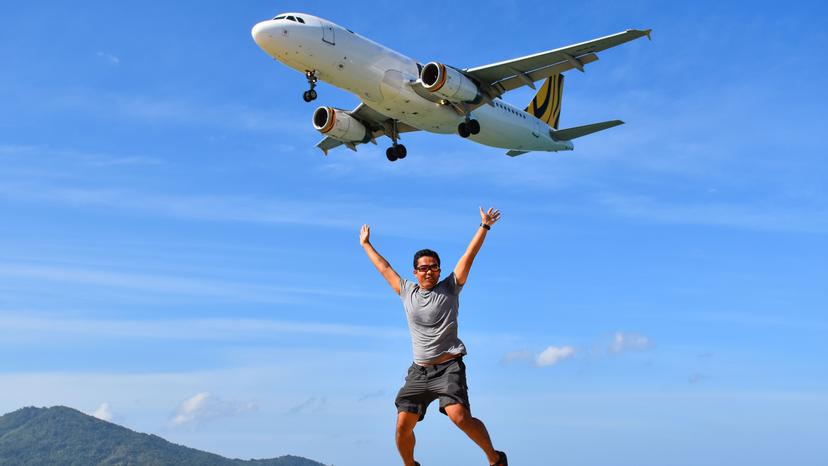