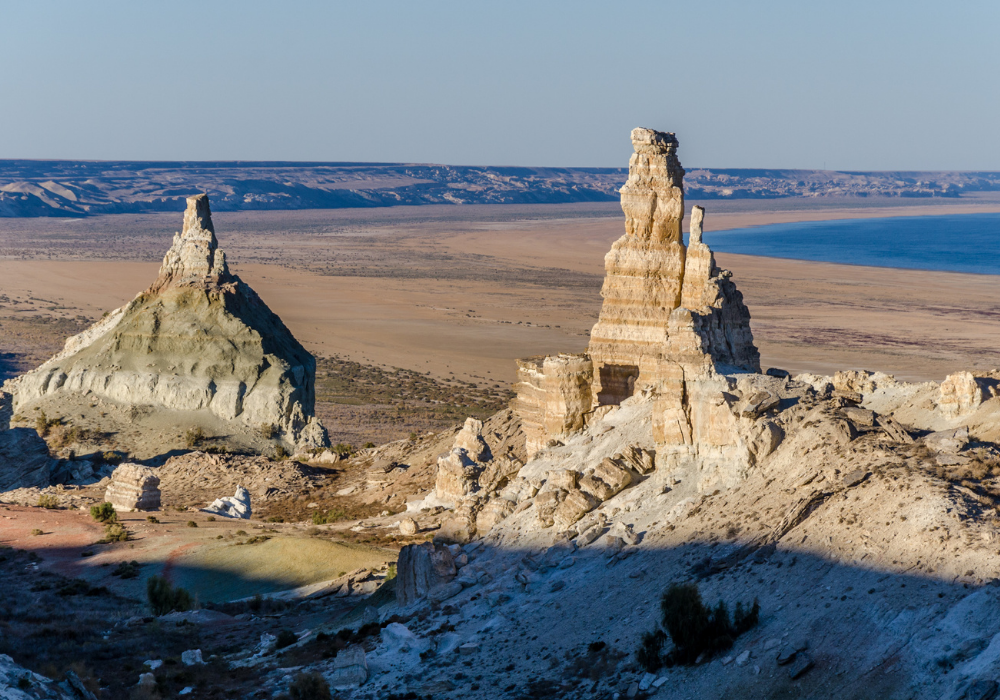 Just half a century ago the salt-water lake, the Aral Sea, was the fourth largest sea in the world. Now it is an arid surreal place with martian landscapes and graveyards of ghost ships.

The Aral Sea is located at the border of Uzbekistan and Kazakhstan. Just half a century ago, the area was flourishing with nearly 60,000 tons of fish being harvested annually in the Aral Sea. In the 1960s, a huge number of channels were dug from the Amudarya and Syrdarya rivers to drain the water and use it for irrigating the cotton fields – a crop that requires a large amount of water. As a result, the area became a desert, covered with alkali soil and dried seaweed, and home to abandoned fishing settlements. Planktonic crustaceans and brine shrimp are the only creatures to survive in the water.

The Martian landscape with its graveyard of ships is a silent witness to the terrible ecologic tragedy caused by humans.

Our tour, 12 days – Uzbekistan: Surreal Landscapes and Silk Road Cities, takes in the Aral Sea with a night in a yurt. Admire the views of the mysterious Ustyurt Plateau which consists of a clay and stony desert with chalky mountains, jagged limestone peaks and deep sheer-sided canyons. See the ‘cemetery of ships’ in Muynak city where the husks of rusting ships lie stranded in the sand. Visit ghost settlements and the museum to learn more about this disaster. 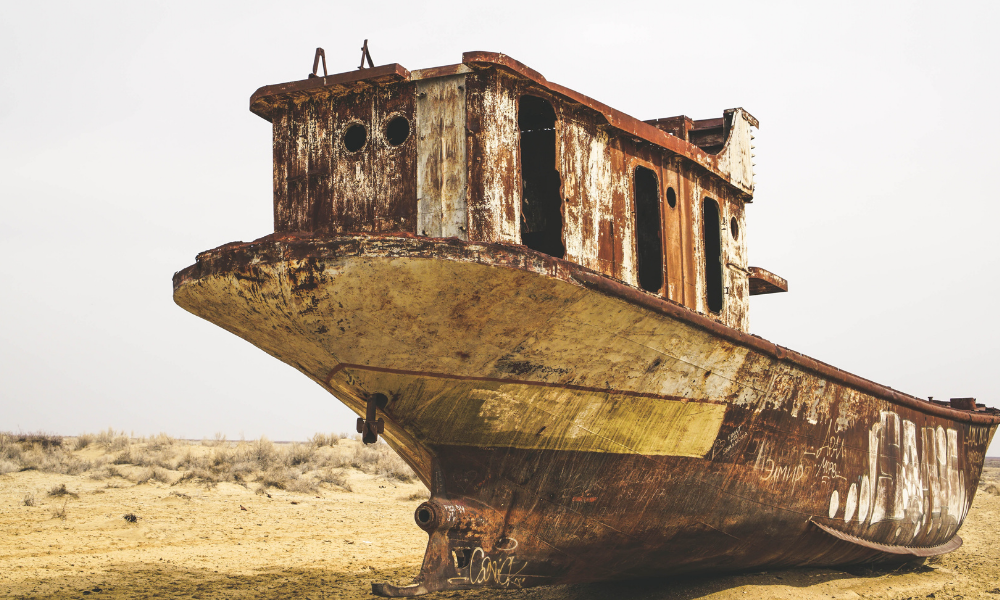