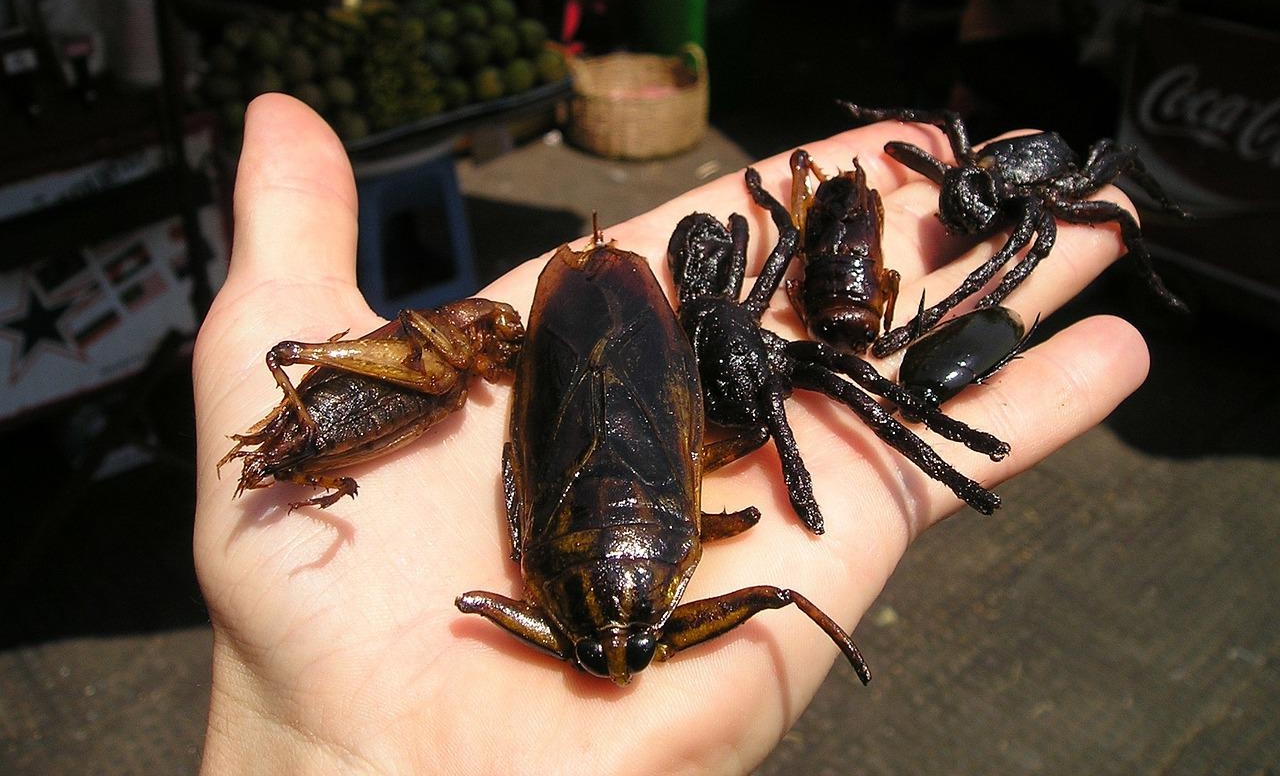 In Cambodia, fried spider is a popular dish. The sale of fried spiders as a specialty delicacy is a famous attraction for tourists passing through the Cambodian village of Skuon (Kampong Cham Province).

Spiders can be found in other parts of Cambodia, such as Phnom Penh, but Skuon, a market town 75 kilometres from the capital, is the epicentre of their appeal. The spiders are cooked in oil after being bred in holes in the earth in settlements north of Skuon or foraged in neighbouring forestland.

It is unclear when this habit began, however some have speculated that the population began eating spiders out of desperation during the Khmer Rouge’s reign of terror, when food was scarce.

The recipes differ, but it’s all quite basic: dip the spider in a salty coating, which is usually a combination of MSG, salt, sugar and poultry spice – applied dry or combined with a little water. Then deep fry the tarantula for 45 seconds in heated oil. The edible tarantula’s outsides and legs should be quite crispy, but the insides should be soft.