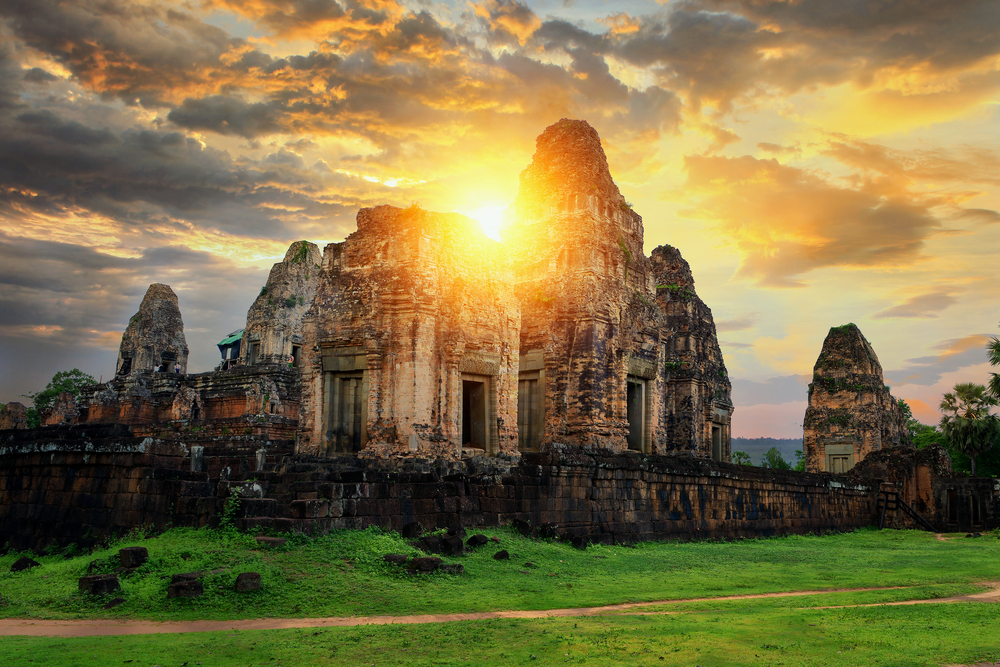 Cambodia has just celebrated the Khmer New Year (14 – 16 April), one of the most important celebrations in the country. It’s also called Choul Chnam Thmey, and is the traditional celebration of the solar New Year.

Ninety-five percent of Cambodia’s 15 million people follow Theravada Buddhism, which is also the official religion. The calendar they follow is deeply steeped in their Buddhist religious traditions. The Cambodian New Year falls on either the 13th or 14th of April, depending on the dictates of an ancient horoscope reading called “Maha Sangkran.” A three-day holiday, the observance begins on New Year’s Day, which is the end of the harvesting season, when farmers enjoy the fruits of their labour before the rainy season begins.

The three days of the new year are:

On the first day, Cambodians dress in fine clothes, go to family shrines to light candles, burn incense, and thank Buddha for his teachings by bowing to the ground three consecutive times. For good luck, the Khmer wash their faces with holy water in the morning, wash their chests at noontime, and wash their feet just before they go to bed.

On the second day people do charitable deeds by helping the poor, homeless, and those of low-income. Families attend a dedication ceremony to their ancestors at monasteries.

On the third and last day, Buddhists wash the Buddha statues and their elders with perfumed water. This washes bad deeds away and helps to bring longevity, good luck, happiness and prosperity in life. By washing their grandparents and parents, children receive their best wishes and good advice for the coming year.