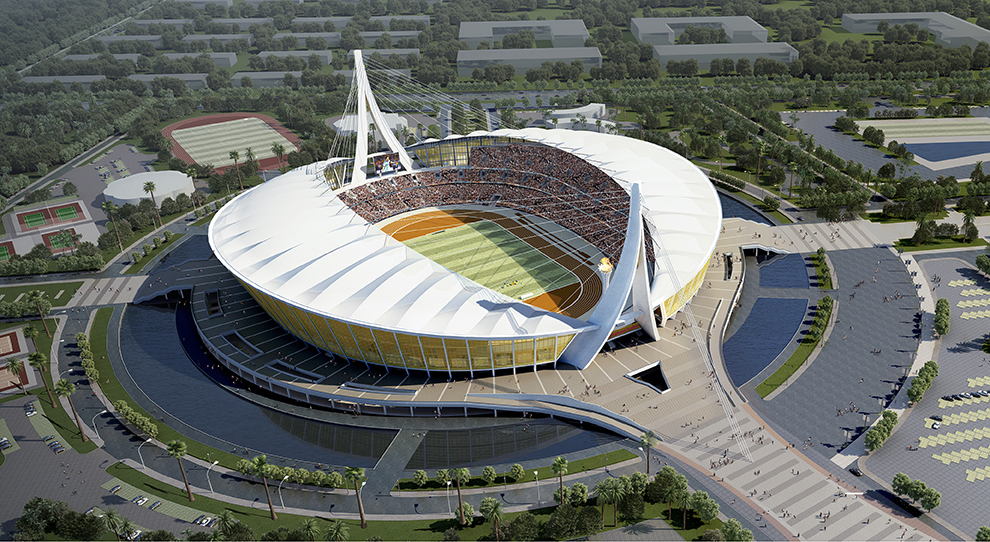 For the first time in history, Cambodia will be able to hold prestigious games thanks to a new world-class stadium.

Cambodia’s new national stadium has recently been completed and celebrated its inauguration last month. The stadium, called the Morodok Techo National Stadium, is located in the northern outskirts of Prek Pnov, Phnom Penh, and has a 60,000-seat capacity.

The area has been growing in recent years and is also the home of the national sports complex with indoor swimming pool, training stadium, tennis courts and other amenities. The main stadium is located right in the centre. Its design resembles a traditional Chinese boat, which has a double meaning: it is located between the Tonle Sap and Mekong rivers; and it is part of the Chinese ‘stadium diplomacy’, so the resemblance symbolises the friendship of the two countries. The concept was selected out of five bids by prime minister Hun Sen.

The light roof structure is supported by two tall masts at each end. These show significant similarity to the Yellow Dragon Stadium in Hangzhou, but are much lighter and dynamic. With or without them, the new Cambodian stadium is much larger than the old stadium in downtown Phnom Penh. The project cost $150 million and was entirely financed by China. As is the case in such deals, the design and construction was also carried out by Chinese companies. 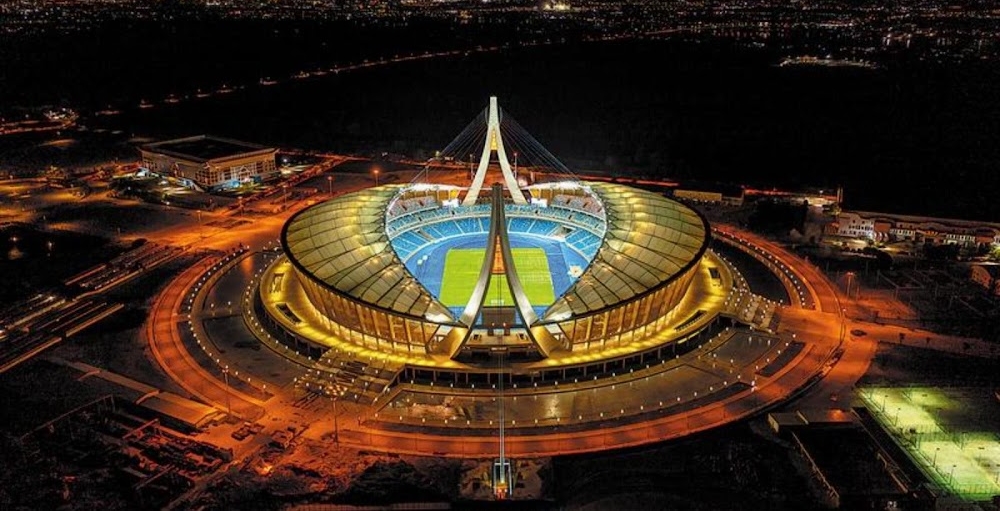