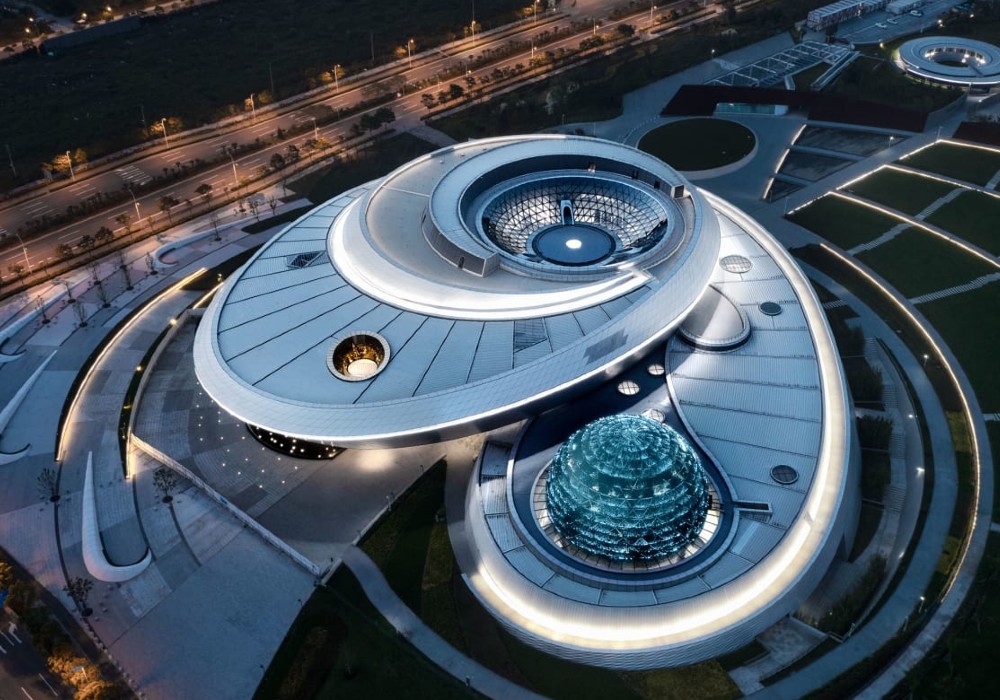 The world’s largest astronomy museum is opening in Shanghai, and its complex curvilinear shape has been designed to reflect the geometry of the cosmos. With no straight lines or right angles used throughout, the structure is instead formed from three overlapping arcs that allude to the orbits of celestial bodies.

Opening Friday, the 420,000-square-foot Shanghai Astronomy Museum — a branch of the Shanghai Science and Technology Museum — will house exhibitions, a planetarium, an observatory and a 78-foot-tall solar telescope. It was conceived by US firm Ennead Architects, which in 2014 won an international competition to design the building.

“We want people to understand the special nature of the Earth as a place that hosts life, unlike any other place that we know of in the universe,” said lead designer and partner Thomas J. Wong.

By foregoing straight walls in favor of arcing lines, Wong and his team hoped to show that everything in the universe is in constant motion and governed by an array of forces.

Visitors first encounter the oculus, which opens up above the museum’s main entrance. It acts as a timepiece, producing a circle of sunlight that travels across the floor throughout the day, indicating the time and season.

Next comes the planetarium theater, which is enclosed in a sphere and emerges from the building’s roof like a moonrise. The underbelly of the massive structure appears to float weightlessly, with room to walk beneath.

Lastly, a vast inverted glass dome on the roof’s apex gives visitors the chance to view the open night sky, in what a press release described as “a real encounter with the universe to conclude the simulated experience within.”