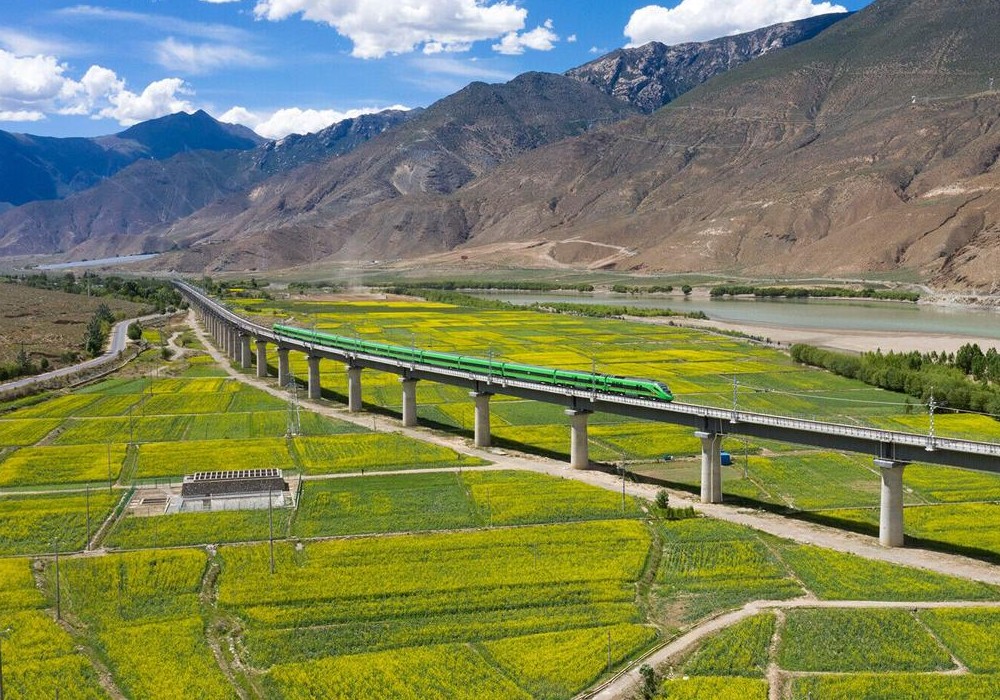 For the first time, travellers in Tibet can enjoy the area’s mountainous views at high-speed.

A 435-kilometre (250-mile) rail line connecting Tibetan capital Lhasa with the city of Nyingchi in China entered into service on June 25, giving all 31 provincial-level regions of mainland China access to high-speed train travel.

Building a high-speed railroad in Tibet, dubbed the “roof of the world,” was no easy feat. Some 90% of the route, which took six years to construct, sits higher than 3,000 metres above sea level.

The Lhasa-Nyingchi line features 47 tunnels and 121 bridges — which account for about 75% of the whole route. This includes the 525-meter-long Zangmu Railway Bridge, the largest and highest arch bridge of its kind in the world.

The new Lhasa-Nyingchi route is part of the Sichuan-Tibet Railway, a 1,740-kilometre line that will eventually link Chengdu, the capital of Sichuan province, with Lhasa, shortening the travel time between the two cities from 48 hours to 13 hours. 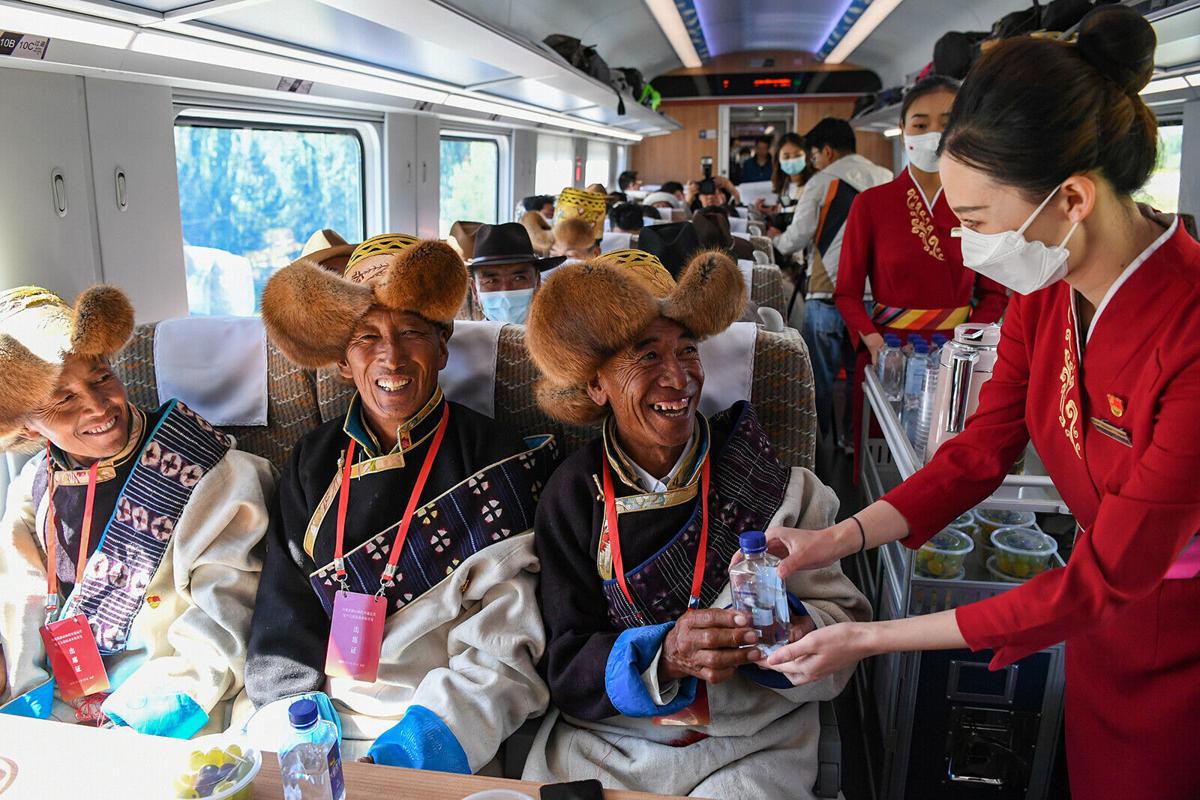