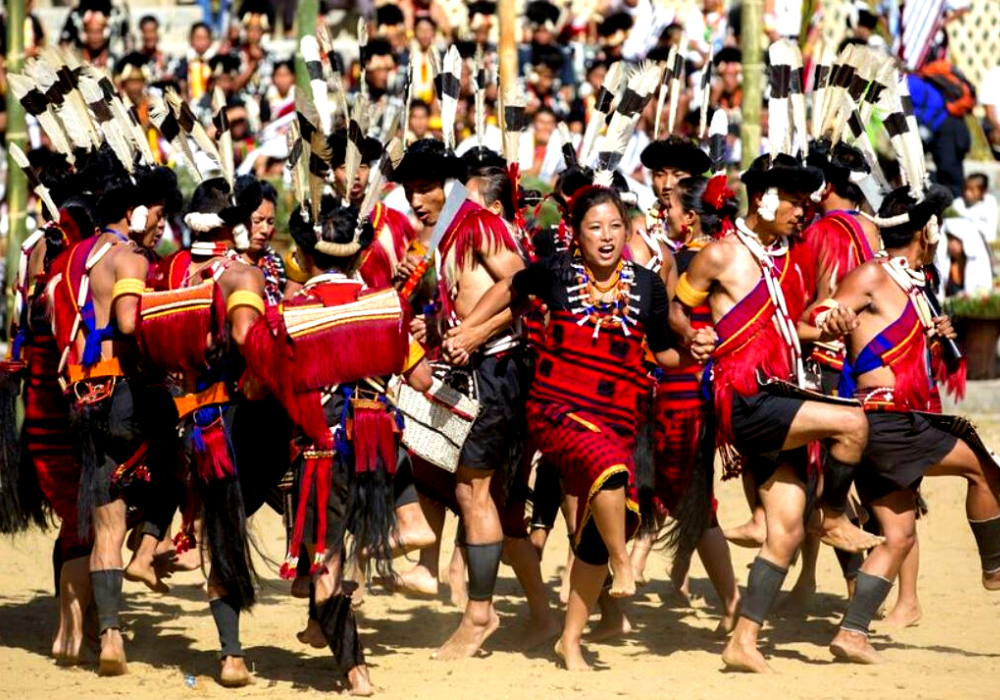 Preparations are in full swing!

After two years of quiet celebrations, this year’s renowned Hornbill Festival will be held in Nagaland with great splendour. The festival will take place from December 1 to 10 at the Naga Heritage Village in Kisama, which is around 12 kilometres from the state capital Kohima.

The festival started in 2010, and this year’s edition will be its 23rd. According to H. Khehovi Yepthomi, advisor for tourism and art & culture, the Hornbill Festival will be a great occasion with fresh ideas and concepts. Yepthomi went on to say that he had asked the tribe hohos, or organisations, to begin preparing for the event by fixing their morungs (huts), located in Kisama. He noted that the tribal morungs in Kisama Heritage Village are distributed according to their geographic regions and are designed to reflect the layout of Nagaland.

The well-known event, which celebrates Nagaland and its tribes’ vibrant and rich culture, is a fantastic opportunity to travel to this Northeastern area.

The well-known Pobitora Wildlife Sanctuary in Assam has finally reopened to visitors after remaining closed throughout the rainy season. The population of rare Indian one-horned rhinos calls the sanctuary home. Pobitora is the ideal vacation spot for devoted nature and wildlife lovers. The park is located in Assam’s Morigaon district, around 48 kilometers from Guwahati. By using a road that crosses the Brahmaputra, one can travel here in an hour. In 1971 and 1987, respectively, the area was designated as a restricted forest and a wildlife sanctuary spread over 38.8 sq km.