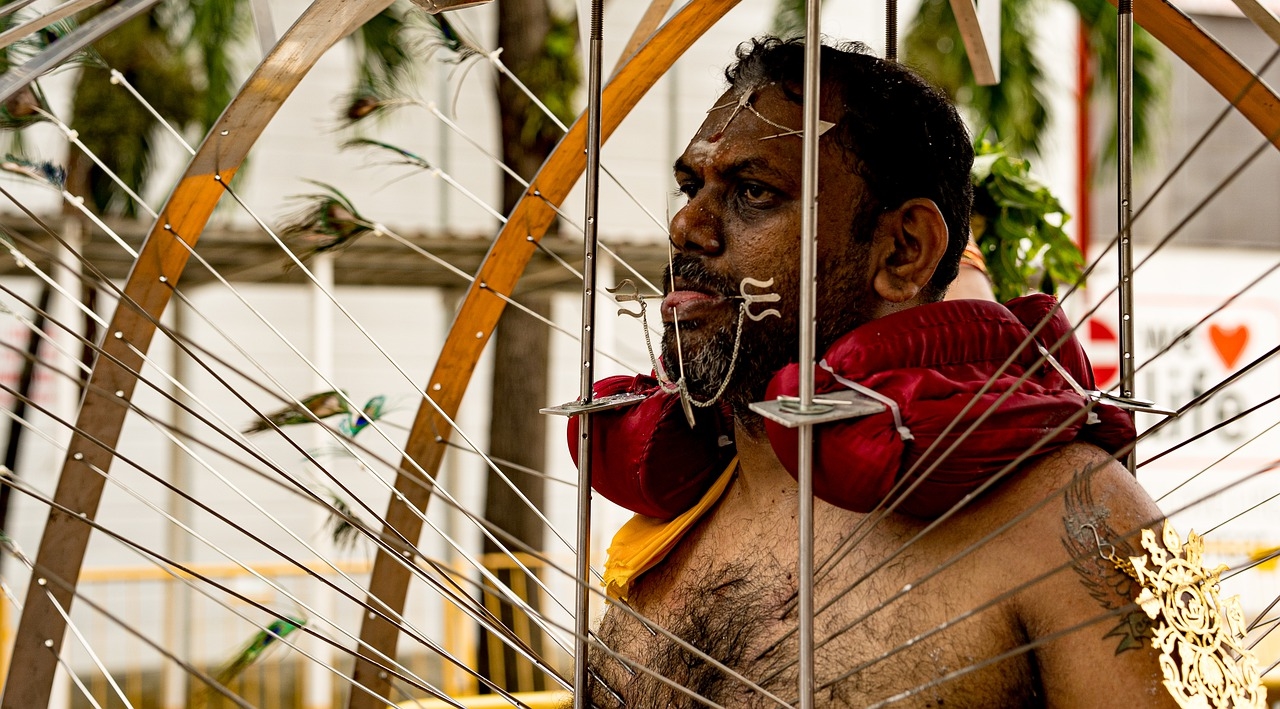 Thaipusam is celebrated during the full moon in the Tamil month of Thai (Jan/Feb).

Pusam refers to a star that is at its highest point during the festival. The Thaipusam Festival commemorates the birthday of Lord Murugan, the occasion when his mother Devi Parvathy gave Lord Murugan a vel (lance) so that he could vanquish the evil demon Soorapadman.  He then taught his father (Lord Shiva) the meaning of the word Aum.

Aum is a highly potent terminology in Hinduism that signifies the primeval sound of creation. The significance here is based on the moment when a son turned teacher to his father.

This yerar, Hindu devotees in Malaysia celebrated Thaipusam on 18 January. In Kuala Lumpur the festival was celebrated on a mammoth scale at the temple of the Batu Caves on the outskirts of the city. On the eve of Thaipusam, a five-tonne silver chariot bearing Lord Murugan’s image and followed by a procession of several thousand people left the Sri Mahamariaman temple in downtown Kuala Lumpur for a 15-kilometre journey to the Batu Caves. Spectacular edifices or kavadis were carried and pulled by the devotees with chains and ropes anchored in the skin of their backs or chests.

Apart from Batu Caves in Kuala Lumpur, Thaipusam is also celebrated in Penang and in Ipoh, Perak. 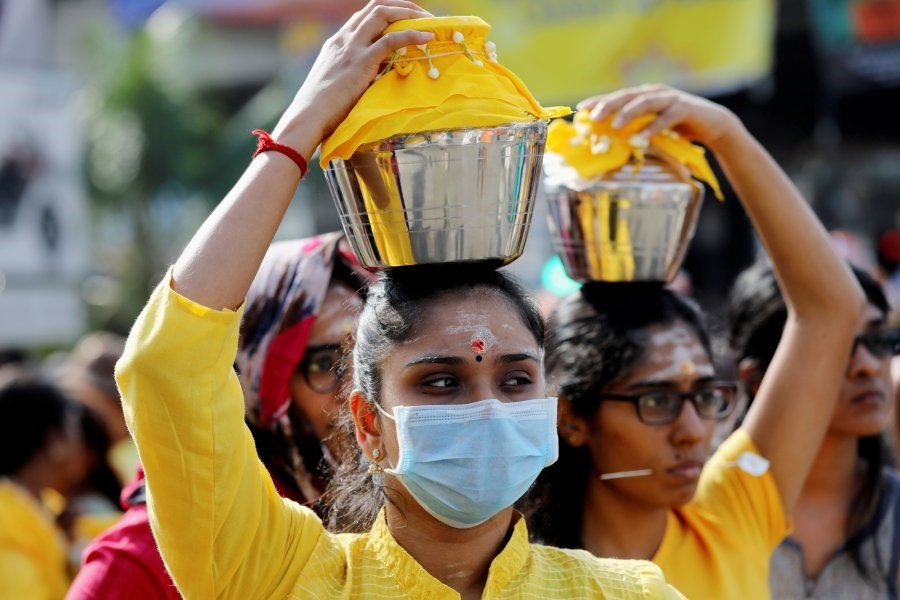