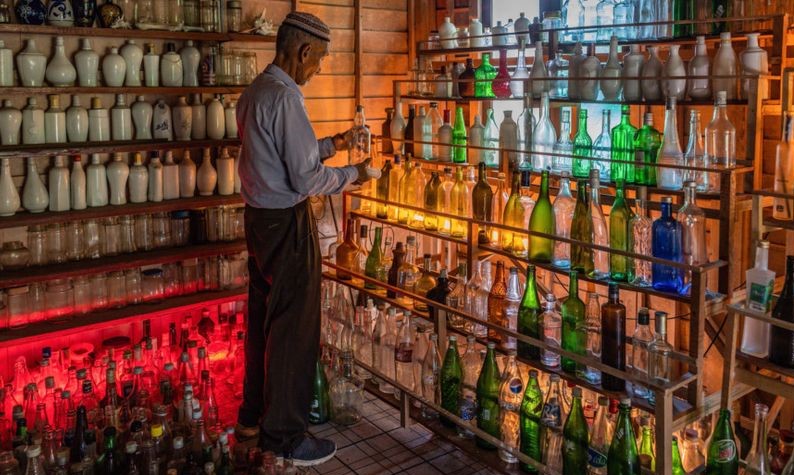 Garbage for you may be a ‘property’ to someone else. This is certainly the case for a senior citizen from Peranik village in the eastern Malaysian state ofTerengganu.

Tengku Mohamad Ali Mansur, 74, has been carrying out a mission to clean the beach of glass bottles for the past 15 years. So far he has managed to collect 9,000 glass bottles believed to have been washed away from the South China Sea.

The glass bottles of all shapes and sizes and from all over the world are now displayed in a traditional wooden house that has been converted into a small museum in the village.

Tengku Ali’s obsession began in 2005, when he saw children blowing up empty bottles with fireworks. Worried the shattered glass could hurt people, he said he would pay them for any bottles they found – and they returned with over 500. He then began collecting bottles off the beaches. Only later, as his collection grew, did he decide to open a museum.

“I did this at first to keep the sea clean,” he says, “I want to save people from being hurt by broken glass – and to save the world from being littered with glass.”

Tengku Ali sets off at sunrise every day on his mission to collect the bottles. He has even found bottles containing messages – one with a picture of a heart and some faded Chinese characters, and a second that has been torn apart and is no longer legible. 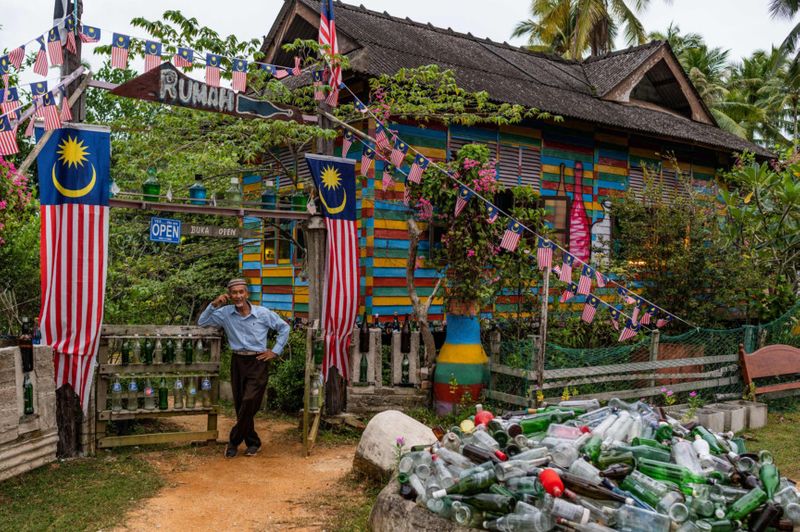 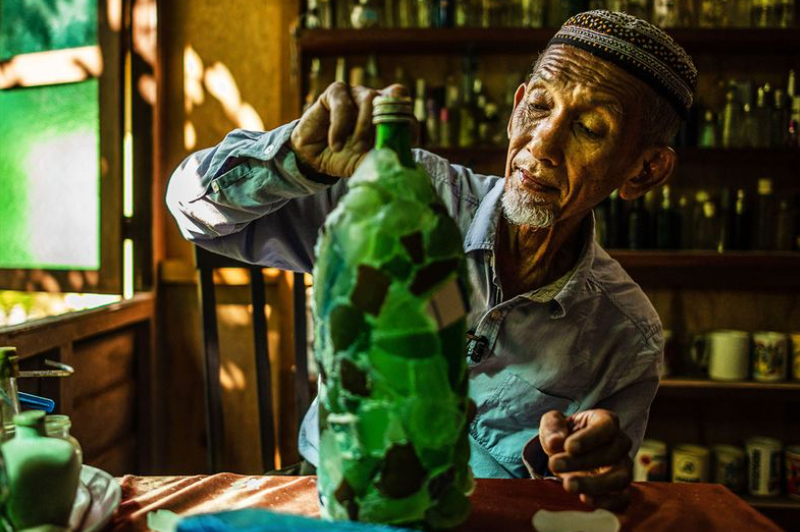