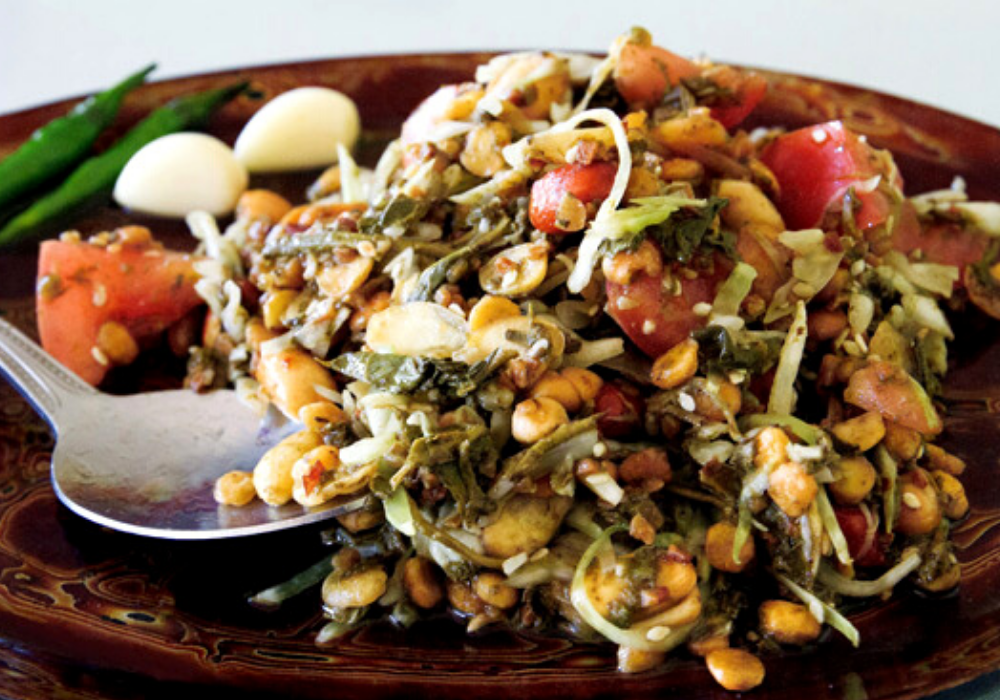 Laphet thoke – tea you can eat!

Yes, you read that right: green tea that you eat – salad from fermented green tea, to be exact.

Why in the world would someone eat tea? And, most of all, why would you let something rot first and then eat it? Oh the mysteries of weird food in foreign cuisines…

Myanmar is a country in which you don’t only get to drink green tea, but also eat it. For this, only the best leaves of a harvest are selected. These are then boiled for five minutes – up to that point standard procedure for tea. But then the wet leaves are stuffed into bamboo sticks. And these are then buried underground or, at least, under heavy weights. The tea then has plenty of time to rot, sometimes up to six months!

Myanmar, geographically situated right between India and its neighbours in South East Asia, serves a cuisine which seems to combine some of the best things of the two regions. Except maybe the sophistication of Vietnam and Thailand.

Laphet thoke is often served at special occasions in Myanmar, especially at ceremonial celebrations. It costs almost nothing and actually tastes exactly like you would imagine: earthy, bitter, sticky, slimy and a bit pungent. We dare you to try it! 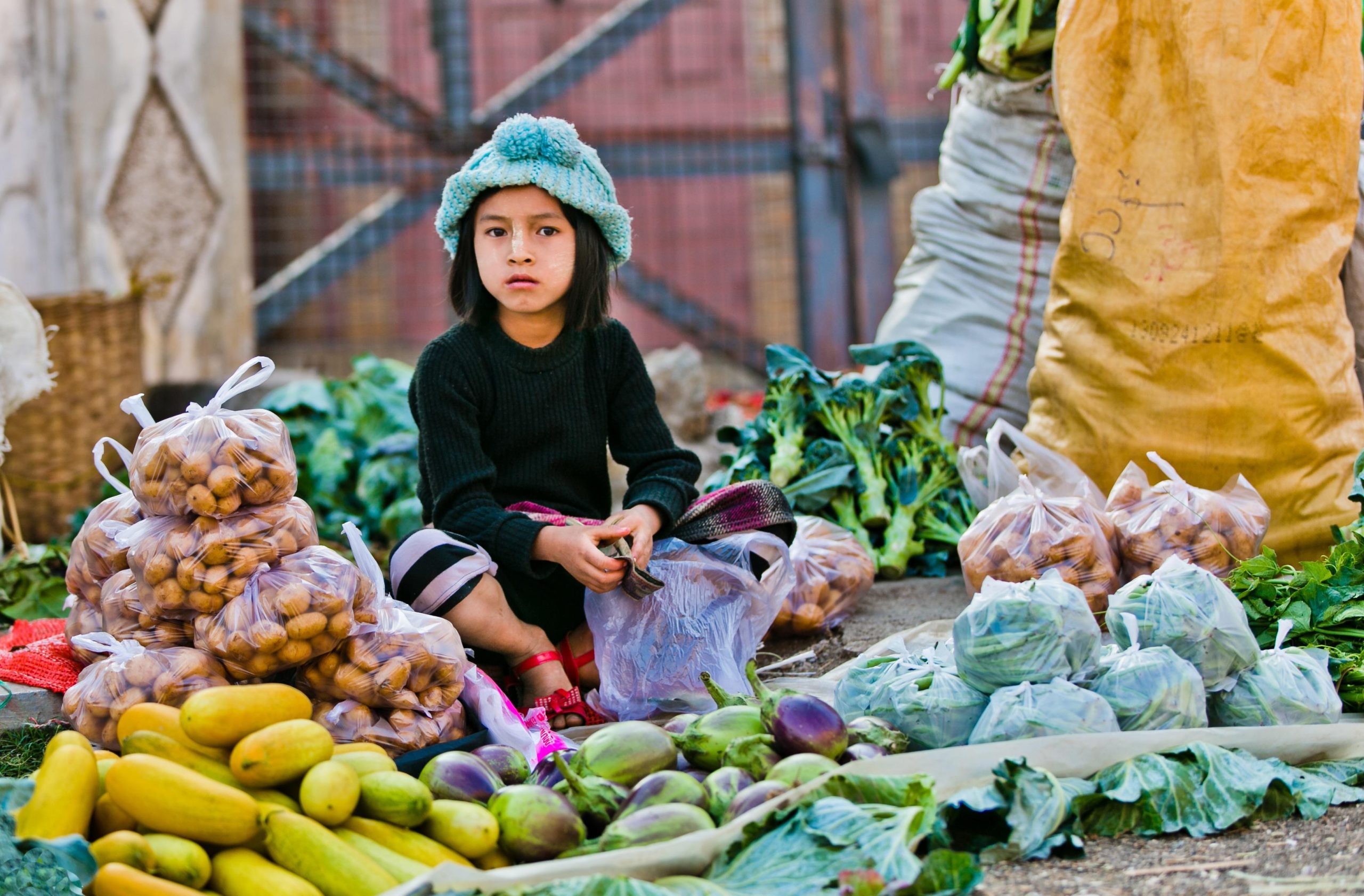