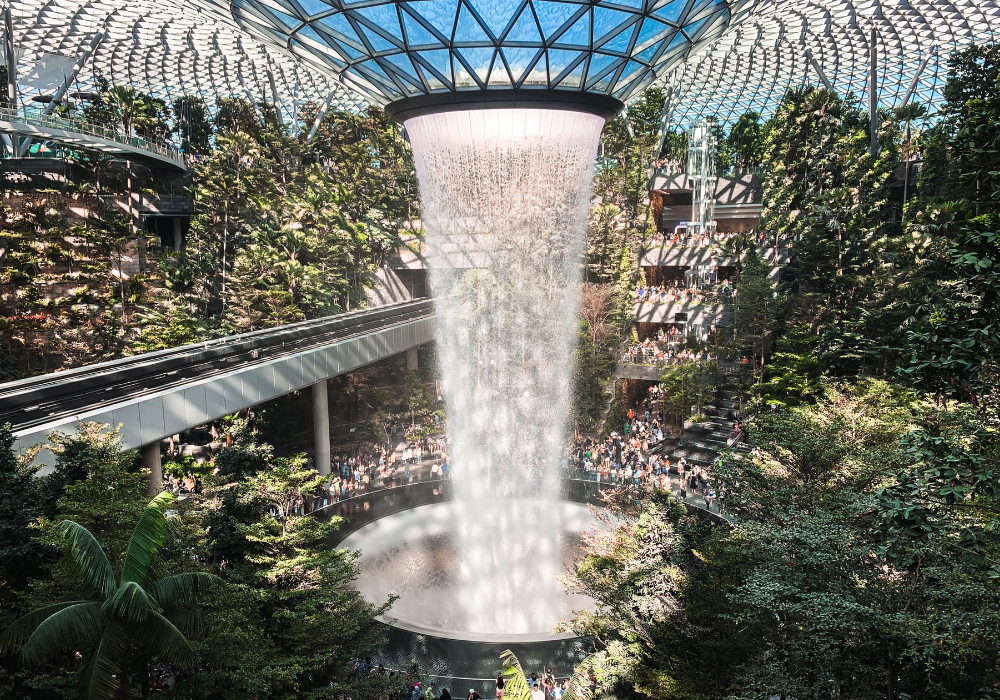 A Gem of an Airport

Award-winning Singapore Changi Airport is one of the world’s busiest airports and the largest transportation hub in Asia. It has been rated the World’s Best Airport by Skytrax – the only airport in the world to do so for eight consecutive years!

Changi Airport has five main passenger terminals arranged in an elongated inverted ‘U’ shape with Jewel in the centre.  Opened on 17 April 2019, Jewel is a multi-use structure that includes gardens, attractions, a hotel, about 300 retail and dining outlets, and facilities to support airport operations. Its attractions include the Shiseido Forest Valley (where it’s possible to go glamping), an indoor garden spanning five storeys, and the Canopy Park at the topmost level, featuring gardens and leisure facilities. Its centrepiece is the world’s tallest indoor waterfall, the Rain Vortex, which is surrounded by a terraced forest setting.

With the year-end rapidly approaching, Changi Airport has revealed its holiday campaign – turning into a Changi Festive Village for Christmas. There will be snowfall, a festive market, a dinosaur-themed go-kart experience, a two-storey tokidoki snow fun house and more.

Changi is definitely more than just an airport! 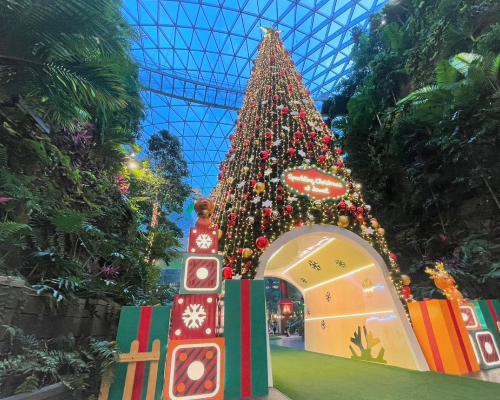 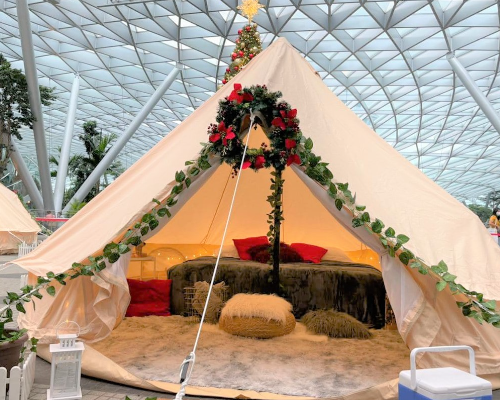