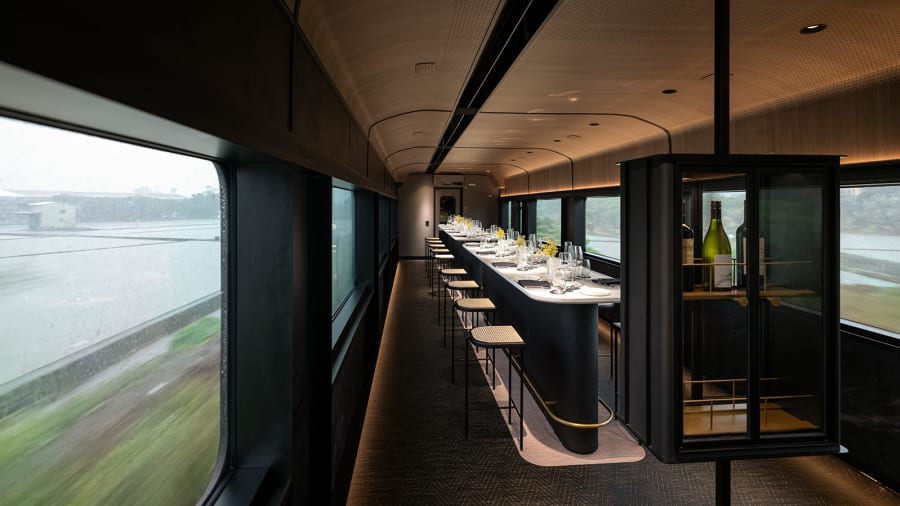 The Taiwan Railways Administration has upgraded a scenic train it operates in eastern Taiwan to include fine cuisine in a dining car touted as a “five-star moving restaurant”.

The Future Express, a refurbished Chu-Kuang Express train from the 1970s, departs from Nangang Station in Taipei and takes 54 passengers on either a one-day trip to Hualien or a two-day trip to Taitung with gourmet food featured during the journey. Six tours depart each month. On the Hualien trip passengers receive a five-course set meal. There are several excursions for passengers to choose from upon arrival.

On the Taitung trip, there are two five-course set meals and an overnight stay at a local hotel.

The culinary journey has been well-received and the train comes with a nostalgic vibe as its black and orange exterior harks back to an older era of Taiwanese train travel, when many of the train designs used black as a prominent colour.

Meanwhile, the interior design of the dining car in the 50-year-old train incorporates both Western and Taiwanese elements, the latter including bamboo rattan chairs, wooden textures and black stones used to echo the mountains and rock formations along the shores of Taiwan, where the train will cruise along.

Special spotlights were designed to make the food look delicious and Instagram-friendly. A phone and menu stand is installed next to the table. 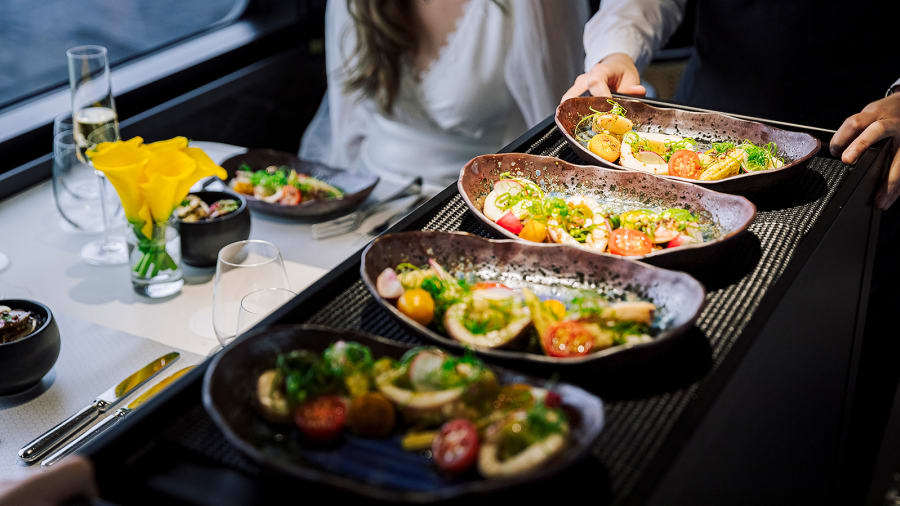