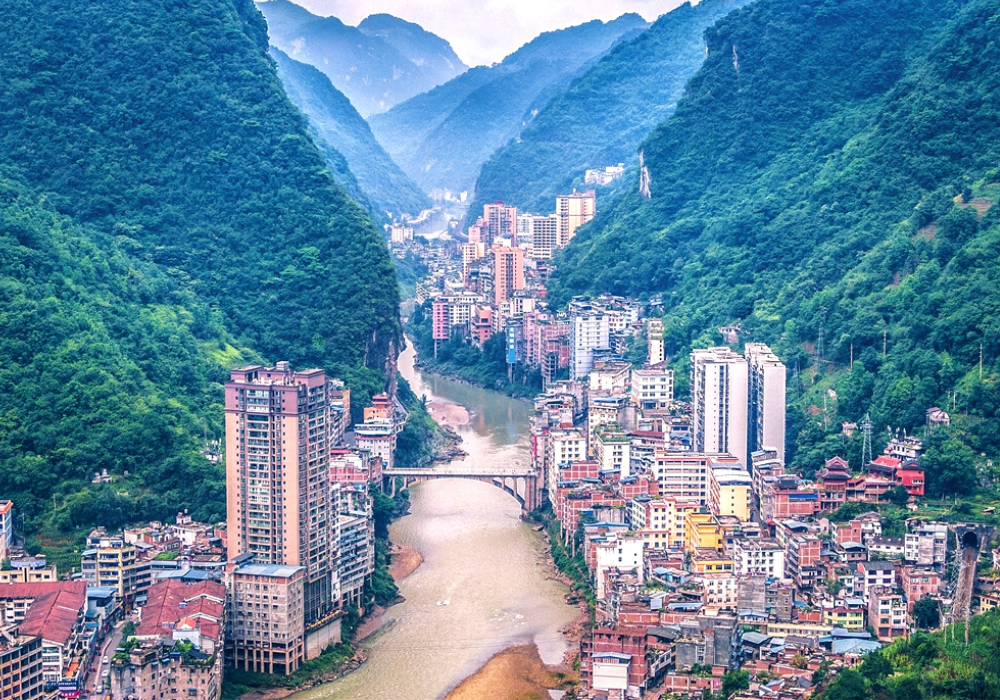 The Narrowest Town in the World

Often referred to as the world’s smallest metropolis, Yanjin County is tucked between mountains and runs alongside the Nanxi River in Yunnan Province.

When viewing the county from above, people find it impossible to believe that Yanjin metropolis actually exists. The town has a sandwich-like shape, with the Nanxi River cutting through it and substantial structures on either side. And this is what makes the place unique. It’s almost like something you would see in a fictional movie.

The settlement has a maximum width of just under 300 metres and a minimum width of only 30 metres at its narrowest point. The city is bridged by a large road that runs for many kilometres on both sides of the river. Surprisingly, the region doesn’t have a lot of bridges. The town has one additional unique characteristic. In the city, land is a valuable resource, and many of the houses are located right on the banks of the river. They have been constructed on thin, stilt-like pillars to prevent them from floods as the water level rises.

Yanjin takes pride in its extensive past, rich culture, and historical landmarks and resorts. You should spend a few days touring this county if you travel to Yanjin. Yanjing Town and Dousha Old Town are two well-known places that we highly recommend.