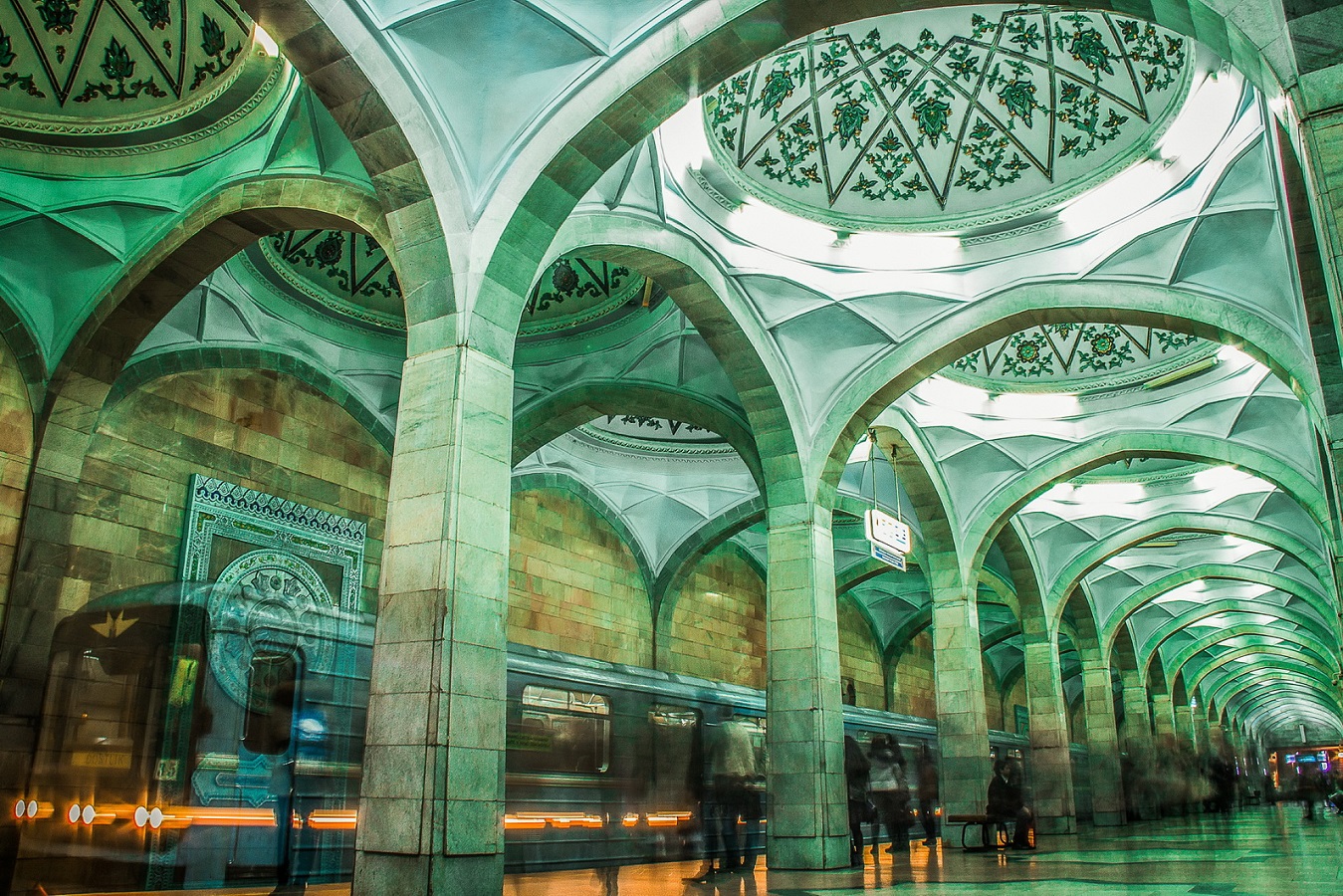 Due to its breathtaking beauty, the metro in Tashkent is not just a means of transportation, but also a site of art and heritage.

Construction of the metro in Tashkent began when the city was recovering from the devastating earthquake of 1966. The growing population of the capital needed fast and convenient public transport, and in 1977 the first metro line was opened – the first in Central Asia.

Nowadays the Tashkent Metro consists of four lines, operating on 59.5 kilometres and has 43 stations, which makes it the largest metro system in the region.

The peculiarity of the Tashkent metro is that during the construction, the government hired the best artists and architects to design the stations, which are decorated with marble, granite, glass, gypsum and carved alabaster. Each of them has its own unique style of architecture and is devoted to some specific theme, such as cotton, famous people (Uzbek poet Alisher Navoi, Russian poet Alexander Pushkin, etc.) and even outer space with Valentina Tereshkova smiling at passers-by. 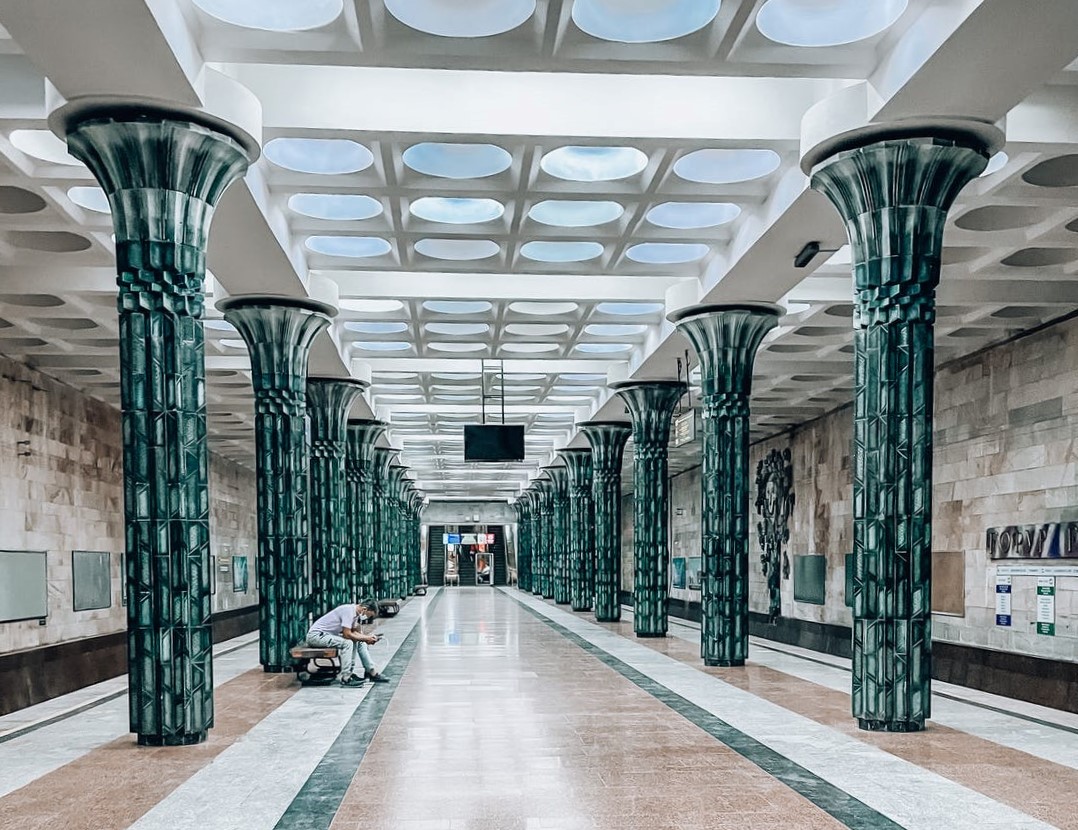