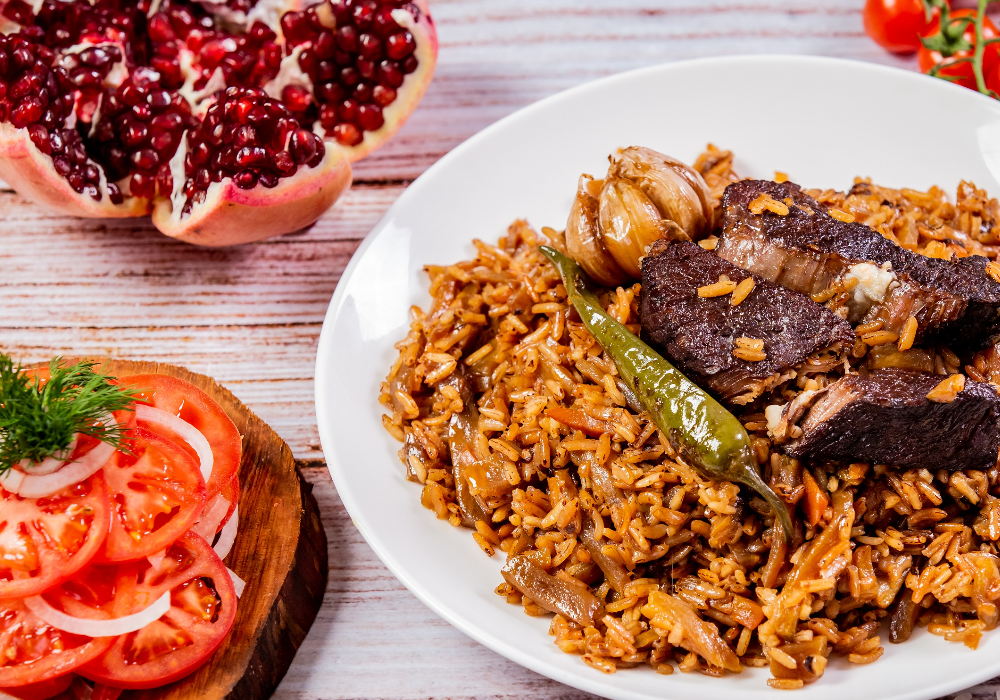 Pilaf – the King of Uzbek Cuisine

We’re sure all fellow foodies agree that a UNESCO approved dish classifies as a must-try. So add a trip to Uzbekistan to sample the world famous Uzbek Pilaf to your bucket list!

Also known as plov or palov, pilaf is a popular dish in Eastern European and Central Asian countries. However, even in locations where the recipe is known by heart, it’s commonly known that the best tasting pilaf can be found in Uzbekistan. It was even confirmed by UNESCO in 2016 when Uzbek Pilaf was inscribed on the Representative List of the Intangible Cultural Heritage of Humanity.

Usually pilaf is made from a classical and simple set of products: rice, lamb, onions, carrots and spices. It’s the spices that make the difference – the dish is known for its breathtaking aroma and you’ll need a special mix of herbs to reach the desired effect. Every cook has their own preferred plov herb mix to add some character to the meal, but cumin, coriander and fenugreek seeds are commonly used. Overall there are over 200 recipes of pilaf, with different variations of meat, raisins, peas, pepper, barberry, quince, garlic, apricot, pumpkin, potatoes and even eggs.

In Uzbekistan pilaf is a regular meal that can be eaten daily but is most popular on Thursdays. It will also be served on special occasions, be it a business lunch, a wedding, engagement party and even a funeral. It’s even been said that pilaf accompanies every Uzbek before birth and into the afterlife.

Oshpaz (pilaf master chef) cooks it in a large cauldron over an open flame, sometimes serving up to 1,000 people. Pilaf is served on lyagans – big ceramic or semi porcelain dishes, and is traditionally eaten by hand. But nowadays people often use cutlery, especially in public places.

While travelling in Uzbekistan, try to eat pilaf in every province – you will be surprised by the difference of tastes and ingredients. In addition, you can attend a cooking class and learn the pilaf recipe of a local family. 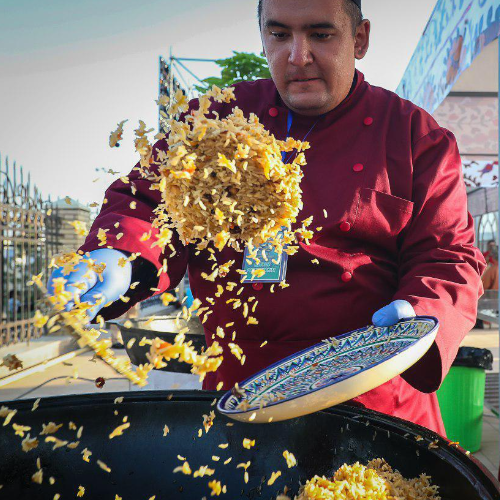 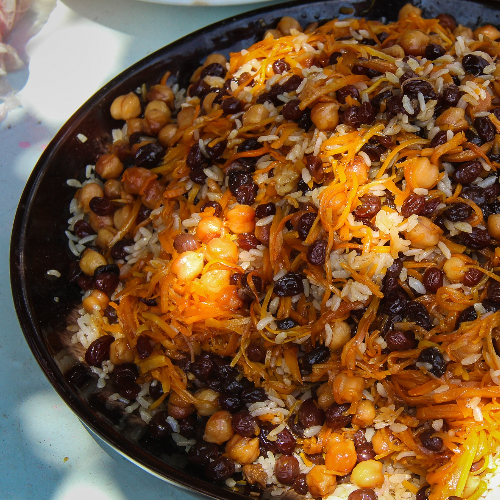