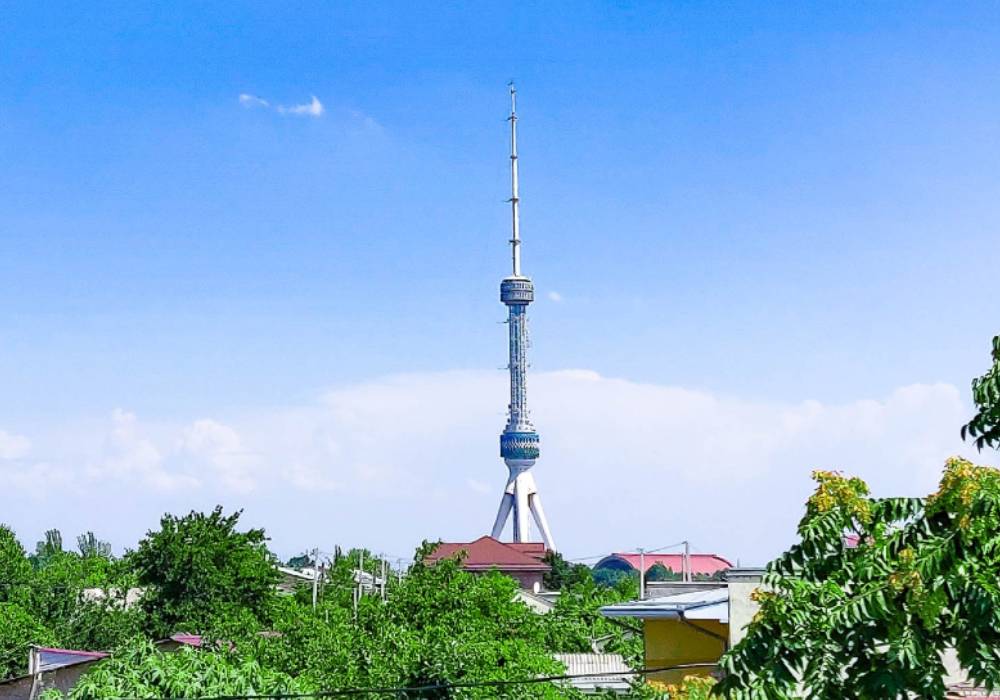 The locally known Toshkent Teleminorasi is the twelfth tallest tower in the world. Construction started in 1978 and it began operation six years later, on 15 January 1985.

Its construction incorporates an ability to withstand a magnitude 9 earthquake on the Richter Scale. The lattice styled tower trunk is supported by three inclined slips, which ensure the building’s steadiness and give an impression of lightness.

The tower has an observation deck located 97 metres above the ground, offering amazing views over Tashkent. A restaurant called ‘Koinot’ offers Uzbek national cuisine in the ‘Blue Hall’ and European dishes in the ‘Red Hall’. The restaurants make a complete circle around its axis within an hour.

The main purposes of the tower are radio and TV-transmission. The signal reaches the farthest points of Tashkent Province and some of the southern regions of Kazakhstan. The tower also serves as a complex hydrometeorological station. 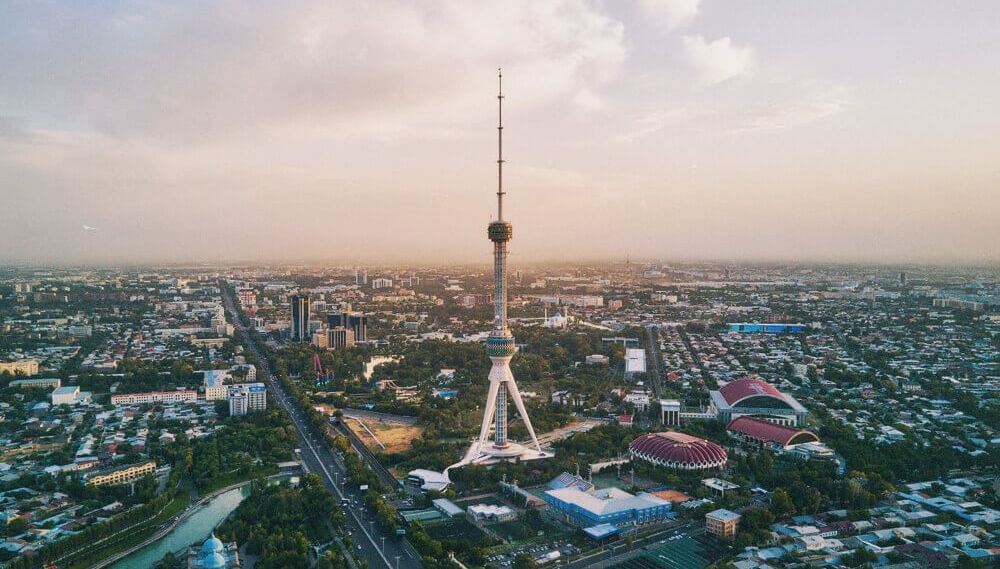