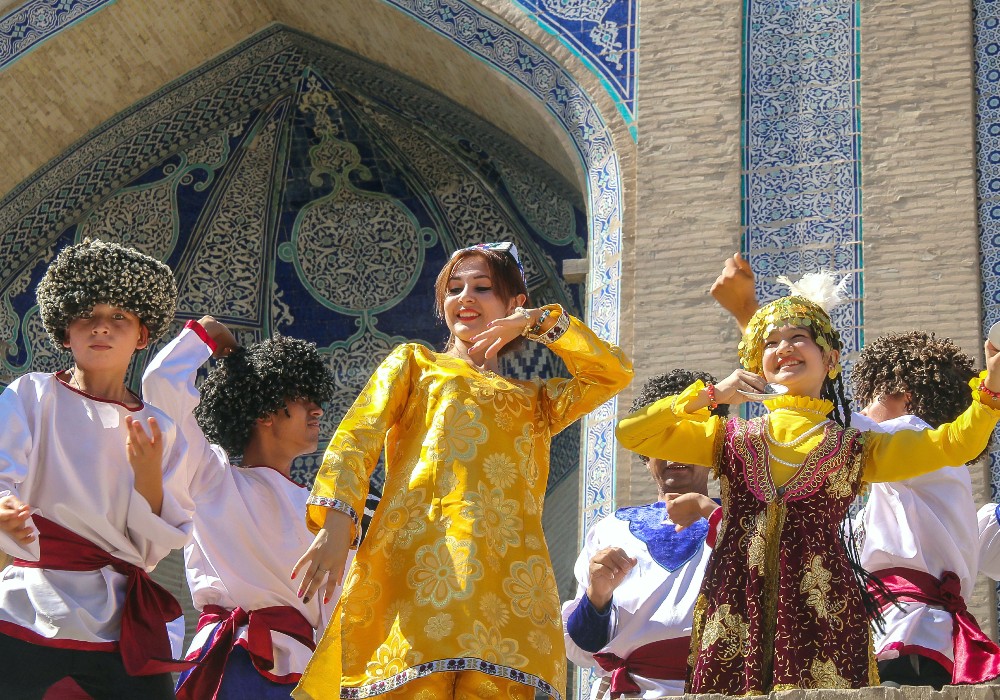 Lazgi is the dance with a feel-good factor, making you feel a joie de vivre or zest for life.

Lazgi Dance is the most famous dance of Uzbekistan’s Khorezm province. It is a dance full of fiery passion, performed by both men and women, that awakens a sense of joy and enjoyment of life.

It is believed that the ancient word “lazgi” means “shake”, which describes the energetic body movements that move in time to the musical rhythms. It is accompanied by expressive facial expressions. As the dance progresses, the rhythm gradually accelerates, becoming more intense and energetic. There are nine types of Lazgi dance – dance on a tray, dance on a brick, solo and group, accompanied by various musical instruments.

According to experts, the history of the dance dates back about 3000 years. Lazgi has obvious elements of fire worship: for example, dancers raise their trembling hands up towards the sun, as if imitating the rays of the sun or flames as they move around the fire. Ancient drawings depicting people dancing Lazgi were discovered by archaeologists in Toprak Kala settlement in Khorezm Province. Today this dance is an integral part of any concert or festival in Uzbekistan.

On December 12, 2019, Lazgi dance was included in the UNESCO Representative List of the Intangible Heritage of Humanity, as an element of the cultural heritage of Uzbekistan.