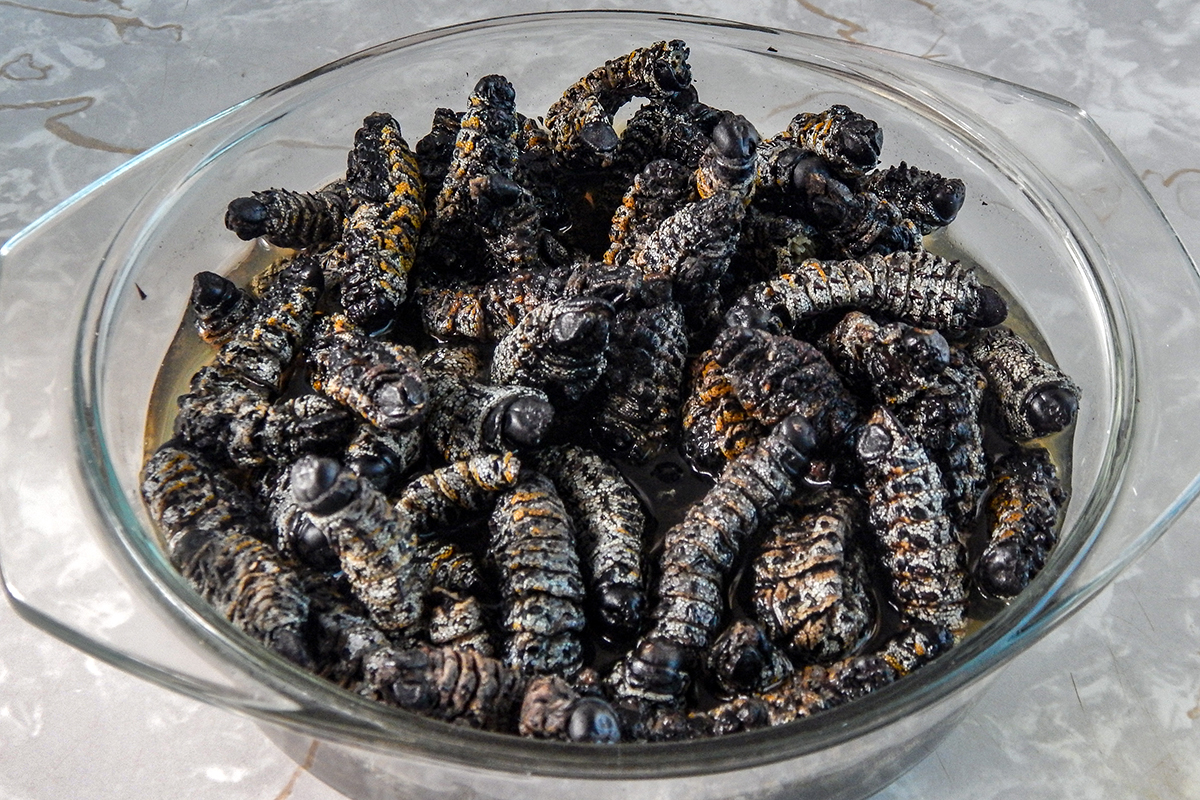 Some people may shudder at the thought of eating a worm or caterpillar, but others would say that a well-cooked mopane worm is a treat for the taste buds!

From expensive restaurants to local village eateries, worms are considered a delicacy in Zimbabwe. They are available in most supermarkets and are more costly than most other foods.

The health benefits of eating mopane worms may surprise you. A Zimbabwean nutritionist, Marlon Chidemo, says the worms are high in healthy nutrients and contain three times the amount of protein as beef.

The worms are harvested during the rainy season, after which they are cleaned, sun-dried for preservation, and made available for consumption throughout the year.

The tasty worms can be eaten dry and crispy as a snack, can be drenched in sauce, or added to porridge made from maize – a staple food in Zimbabwe. Most people prefer to fry the worms with a combination of tomatoes, garlic, peanuts, chilies and onions.

Mopane worms can also be added to stew, boiled to soften them up, or simply eaten raw and fresh off a tree. When they are fresh, they are less chewy and their distinctive and unique flavour is undiluted by other ingredients. 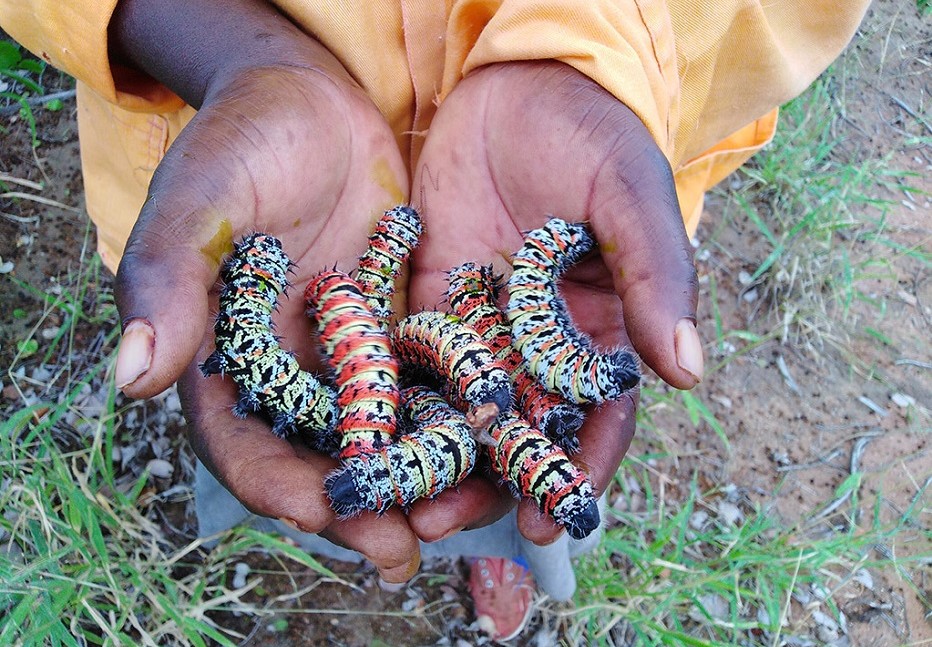