On June 1st and 2nd, the Dayak people of Sarawak, who are traditionally farmers, celebrate Gawai Dayak. It is a day to give thanks to the gods after the harvest is over.

Gawai means ‘festival’ in Iban while the word Dayak is to represent that this is a festival celebrated by the Sea Dayak and Land Dayak, who are respectively known as the Iban and the Bidayuh. The Gawai Dayak festival marks the end of the harvesting season and also celebrates the beginning of the planting season.

The festival may have originated in centuries-old agricultural traditions, but the origins of the modern festival date back to the early 1960s when it was first introduced as a way to celebrate Dayak traditions and culture after decades of colonial rule.

On Gawai eve, the Tuai Rumah conducts miring (blessings and thanksgiving ceremonies). They do this by making offerings to departed ancestors, deities, and spirits. This ritual is to cast away the spirit of bad luck. Gawai Dayak is a lively festival of traditional music, good food, and games. It does not only preserve the important heritage of the Dayaks, but it also celebrates unity, aspiration and hope for the community.

Of course, Gawai Dayak wouldn’t be complete without many servings of tuak, a locally-brewed rice wine. Tuak is also an essential part of many other indigenous festivals. A stronger alcoholic beverage made by the Iban by distilling tuak over a fire is called “langkau“, or arak tonok by the Bidayuh.

This festival showcases the heritage and traditions of the indigenous people. Gawai Dayak is a regional public holiday in Sarawak on the northwest of Borneo. 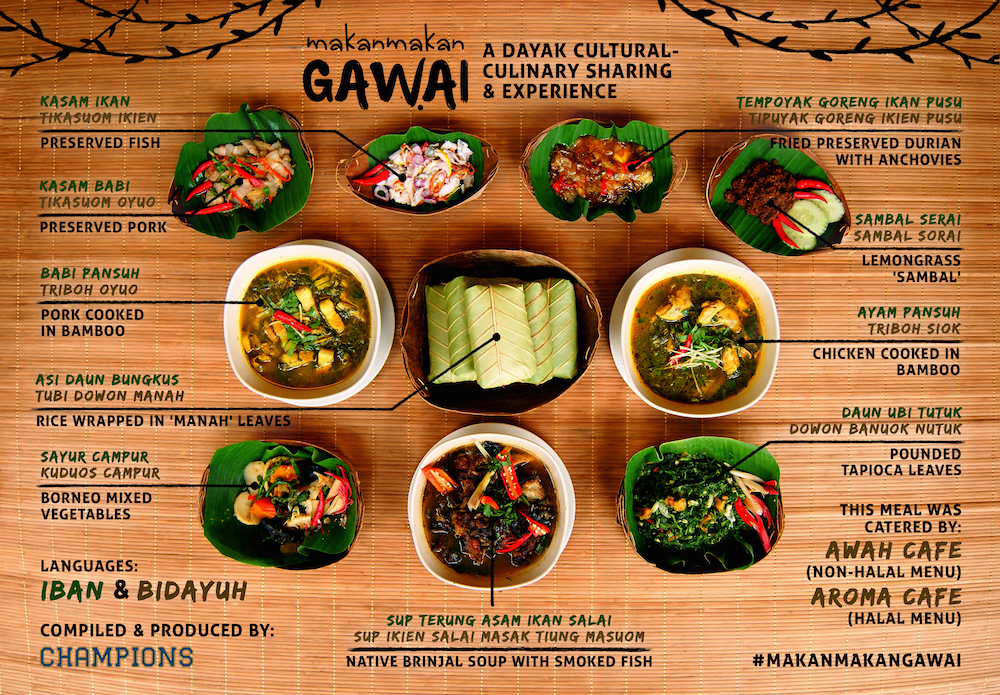